As a continental European, I will not pretend to know much of Scottish kilts. I saw Braveheart, and once or twice only saw males in kilts on my way back home from work. The latter meant: a sports event involving the Scottish team takes place at our stadium. Ok, it is understandable that Scottish males wear kilts to underline their nationality at sports events. But … do they wear kilts in Scotland?

15 trip to Scotland was only a four-day journey, the vast majority of which was appreciating green highlands, visiting castles and enjoying Fringe performances in Edinburgh. However, on a Saturday afternoon/evening, we took a walk in Glasgow. In the city center, we felt the party time. We saw girls wearing evening dresses, elegant and colorful (to be expected in southern and eastern Europe, but in western Europe was a bit unexpected). Males accompanying them wore either just European clothing or … kilts. Wow! We spent the night at a hotel near the Stirling castle (Scotland of course). The hotel restaurant was hosting a wedding party. An elegant one. Half of the male community was wearing kilts. Exquisite and posh ones.

So yes. Definitely Scotts wear kilts in Scotland. It does not probably happen daily. Like in many other countries or regions, the traditional dress (here: kilts) is considered to be a kind of elegant garment worn on special occasions. No one, besides tourists on their first days in Scotland cares to turn around. It is merely nothing unusual. 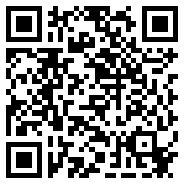