Gdansk is a city in Northern Poland (see map) located at the Baltic coast. It is the location of the most important maritime port in Poland with almost 1000 years of the merchant tradition. Because of its strategic location at the Baltic sea, its history is quite complex. German merchants from Lübeck came to the city in the XIII century, and in consequence a century later the port joined the Hanseatic League officially.

For some time the city was ruled by the Teutonic order (a German medieval military order). Therefore, sightseeing in the old parts of the town you can see quite much of German or Hanseatic influence.

The famous view onto the old port.

On photos, you can see the old town partly overlapping with the old port that today serves as a tourist attraction. Much work has been done to renovate the historic city, including the channel banks of the old port. The main streets of the old town are practically a pedestrian zone with only some traffic admitted. Each building is colorfully painted. The streets are very photogenic.

The main street of the historic city.

There are many restaurants in which you can eat indoors and outdoors. It is a place when you can just take a walk and afterward spend a quite lovely evening enjoying a good meal. There are a couple of small hotels in this place, so you do not need to leave the historic city. Many of them are located in the so-called Long Market, which is the main street partially of rectangular shape. For the last couple of years, I have a habit of going there at least once a year, book a room for one or two nights in one of those hotels, and spend the day without even leaving the area.

The statue of Neptune at sunset. If you look closer at the photo above, you will find it at the end of the Long Market.

The old port is no longer utilized for mercantile trade. But there is a marina in one of the side channels. The port operations simply moved closer to the sea. Currently, the outer port is the main deep-sea port in the Southern Baltic area. If you walk alongside the promenades in the end, you will see the new (inner) harbor (entrance is, however off-limits). If you want to see the sea-coast, you have to approach it from other parts of the city.

The city also played quite a role in modern European history. It was the birthplace of the Solidarity movement led by Lech Walesa (awarded Nobel Peace Prize in 1983). Solidarity played a significant role in finishing the Communist rule across Central and Eastern Europe. 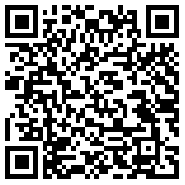