Among my acquaintances, I have two or three, who – each time when in a restaurant – shoot food they are going to eat. As all of them come from or live in different countries, even continents, it is quite a variety of meals they show. But very rarely it is food I am accustomed to at home or while traveling. To be frank, I cannot cook, and while eating outwards, I like it simple. But still, spending between one and two months yearly on travel I want to try local food. I do not have a habit to continuously use my camera or cellphone in restaurants, but still, I have some shots on the stock. So, there is always the first time for everything.

Below my favorite meal, I had this year – a soup made of vegetables, tofu, and seafood that I was served in Kyoto (Japan). For some of you (readers in Asia), this will be nothing unusual. But for me, this was the first time as a waiter brought me a portable stove, a pot with raw produce and let me cook my soup on the table. The soup was delicious.

My soup as it was brought to me, 7 minutes later and 15 minutes later, as I finally put a raw egg (delivered separately) into the pot. I was starving, so shortly afterward, I started to eat.

I live in the place (central Europe), where there are many but many restaurants offering much international food. For different reasons, it is not always quite like the original, or there are some logistics problems. The first example. We cannot have fresh mules every day. But once a week there is a country-wide delivery. So, if you want to eat them, you simply plan your outside meal for Thursday. (The other opportunity is while on business in Brussels – they have it always on stock and seem to be crazy about this meal.) But finally, when delivered on Thursday, the moules taste exactly like in France.

The pot of mules served somewhere in the coastal region in Northern France. You eat them taking one of the shells and using it as a small spoon to detach the meat from other shells. Unlike the soup above, the pot was prepared in the restaurant kitchen.

Japanese sushi is offered widely in my home town both in restaurants and home-delivered. As I was in Japan and ate ‘the true Japanese sushi,’ I can only confirm that the quality of that what is offered around the corner is not far from that I ate in an ‘average’ Japanese restaurant. (Skipping for a moment restaurants, to which you will never ever come back again, but these are a problem in each country). However, here at home, the fish is usually more dry, as it must be transported for hundreds or even thousands of kilometers. (In Japan you eat fish that was caught only hours ago). Besides, I bet that some sorts of fish eaten in Europe as ‘sushi’ is from European waters, so they taste differently.

My first ‘true Japanese sushi,’ served in a restaurant with a recommendation of the Trip Advisor (thanks guys), not far from the biggest fish and seafood market (trading center) in Tokyo, Japan.

The food you see above is not ‘typical’ for my country. My parents, for example, would never touch fish that is not processed (grilled, cooked, fried, baked, marinated or smoked) or even some kinds of seafood that was in my soup served in Kyoto or the mules. They also never used chopsticks. I think, however, that they would consider the soup delicious, seeing it only fully cooked, and not knowing what was put inside. Although this was around twenty years ago, I still can remember the first time I have eaten something new and unfamiliar to me, and that time I was disgusted when even looking at it. My French readers, please excuse me, but it was the oysters. I just closed my eyes, swallowed in full, and downed a glass of wine. Below, a plate of oysters I enjoyed (!) this year in France.

The oysters served French way (in Rouen). The small fork is used to detach the meat from the shell. Before eating an oyster, it is good to poor some citron juice on it. A sip of white wine afterward is also recommendable.

As the European authorities put much worth on cooking conditions, all the international food and the way of preparing it must be a bit adjusted according to law. So, that what is offered in European restaurants may differ from originals, even if cooked by the natives. Chemists would also add some other differences at the biological level. So, if journeying to different continents (especially Asia, Africa, or Latin America), many Europeans take additional medicine just in case of indigestion or more severe problems. The doctors forbid us often to make street food. But we also have some internal issues with the European authorities. In some countries, there are, for example, dishes that taste best when cooked and warmed many times or feel best when spoiled. Then the national authorities have to negotiate an exception for the national dish.

But now to the European way of eating fish – fried, grilled or baked (for lunch, as a hot meal). Below three pictures I have taken in Portugal. Besides, the kinds of fish (or seafood) may differ from country to country, all other ingredients on plates are typical for many European countries. First, the potatoes often served with fish and meat, here peeled and boiled in water, further young potatoes not peeled and boiled in water, and French fries (called French, although a Belgian invention). The other ingredient on the plate is vegetables, either raw or shortly boiled.

The fish for lunch served the European way. The most typical is that on the left-hand side. This can be any kind of fish found in a European table. In the right upper corner, you can, however, sea fish that would not be recognized in all countries. This is sardines. In some European countries, they usually come in a smaller version. For me, although I am used to sardines since my childhood, it was the first time I saw the bigger ones. In the third picture: grilled calamari. A dish you will find instead in the Southern European kitchen.

Just to sum up, a hint for non-European readers: if you visit Europe and want to eat for lunch or dinner, do not expect to be served seafood in countries that are far from the warmer seas. But every restaurant will serve you a fish dish looking quite close to that on the picture left-hand side. 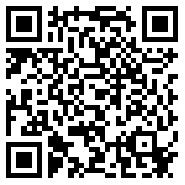