The Sunday morning coffee and a slow breakfast. Today at home and the last one like that for at least a month. Not that I complain. But the next month will be a non-stop, work, lectures and workshops in psychology that I took up as winter diversion, and a five-day non-stop city break in Paris.

So today morning, it is about reviewing photos I did last time when in Paris (>>>), double backing up all the originals currently in the camera and formatting the card to make space for the new ones. And the power banks … It should be small and efficient and allow you to power up the camera during short Paris metro trips in-between sightseeing. And we say it is Japanese, who shoot and sightsee at home … But with all the places we can visit today, taking photos is the only way to remember at least most of them.

Below a shot, I made on a summer Sunday morning in Paris of a cafe located somewhere near the Notre Dame. The arrangement is specific to Paris – the tables and chairs are set so that people can see what is going on in the street and just enjoy the day.

The chairs are still empty – it was around 9.30 am, quite early when we have in mind that on a Saturday evening people just get out and enjoy the city. As I can recall I was on the run that day, due at 1 pm at Gare du Nord for a train to London. But what is quite rare, when on a long trip I did indeed enjoy my morning. I was staying in a small hotel, 10 minutes of walk to Notre Dame, somewhere in the Odeon area. The day was not supposed to be around sightseeing, but traveling for fun. Breakfast in Paris, late lunch in London, and a late supper at home (or in the aircraft somewhere over Germany). So I took my time in the morning.

The breakfast was French like but more extensive that only a cup of coffee and a croissant (that is a quick French breakfast). The small hotel restaurant was arranged in the basement, in an exquisite French style. People working there worn clothing stylized a bit colonial like (at least to my impression). A male waiter, mince, and the female cook, a lady middle age, grande taille as you would say in French. For a moment, I felt like in XIX century New Orleans. I even did not dare to speak English. Spontaneously switched to French (that I actually talk, but do not have a habit to use, somehow).

It was one of those moments you do not need a camera to remember, one of very few today. A quiet Sunday morning in Paris. 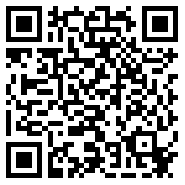