Bigos (cabbage stew) belongs to the top dishes of the Polish cuisine. If you visit Poland it should be on the must-try list together with pierogi (Polish dumplings >>>), żurek (sour rye soup >>>), schabowy (pork chop) and flaczki (chitlings). (The latter although their Polish version is quite a tasty one belong however to dishes that would not be touched by many people of some other cultures).

Bigos is a stew made of cooked (better to say braised) sauerkraut enriched with different kinds of meat as well as forest mushrooms (dried) flavored with spices and red wine. The ingredients must be prepared and processed separately. However, after they are added together, it is allowed to cook (or warm) the stew many times. It is said that it tastes even better after it was cooked over and over again. About this feature, Poland had a dispute with the European Commission as food warmed many times has been considered unhealthy. But absolutely not in this case. As bigos belongs to ‘heavy’ meals, it is recommendable to serve it with an alcoholic drink. This time I took a beer, but red wine or one, or two shots of vodka are quite recommendable. The latter, and in larger quantities, would be served if we want to make our dinner a traditional one.

Bigos in its most abundant form, with much meat and mushrooms.

Bigos may also have a lighter version. Sauerkraut in its preparation process is first suffused with boiling water and then cooked till it softens. If water is exchanged in this process (twice or three times), the sauerkraut will become lighter (in color and in taste). Furthermore, you can put in fewer meat ingredients (like only pure meat but no bacon) into the stew. In fact, bigos with no meat but only with dried mushrooms (the recommended kind is boletus) is considered as a fasting dish.

Bigos may be eaten as on the photo above with bread. For many, it would be sufficient as a main course. However, a wealthy Polish meal (do not even try to calculate calories) would be dark meat (or pork chop) with oil roasted potatoes and bigos. 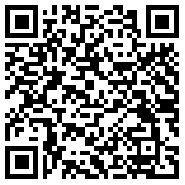