Sometimes making photos may be pure fun as it was for me on a late Summer afternoon in Villa Nova (Warsaw, July 2017)

Villa Nova or in Polish Wilanow is one of Warsaw quarters, formerly a village where John III Sobieski (the one who commandeered the battle of Vienna >>>) build his summer residence. The palace with an extensive park, rebuilt and reconstructed after the war struggles is still the very center of this part of the city.  It is told to be a nobility house, an Italian garden villa and a French palace in the style of Louis XIV all in one. 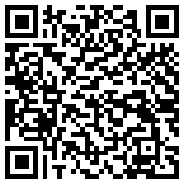