While traveling or merely spending time somewhere, it is sometimes those simple things often unexpected at all that makes the difference. Through years I have learned that a too hasty and too well filled in itinerary may end in disappointments. We will simply never see it all and visit it all. This year I caught myself a couple of times, making things totally not planned that unexpectedly ended in catching the momentum, plain and simple.

In April, I went on a short packaged city break to Madrid (Spain). Our plane was canceled, so we had to make a decision whether to fly the next day for only 48 hours or to withdraw. I decided to go. As we finally got there, we made as planned a short walk in the city center and later on for one hour visited the royal castle (palace). Quite shortly after … both the pilot and the guide gave us three hours of free time. Not very professional at all. It was around eight. I was simply tired after an idle 30 hours spent between airports and hotels. It was too early to go to a restaurant – they open in Madrid around nine, and too late to do something productive. I managed only to ask the guide whether there are any restaurants open in the vicinity at this hour. He pointed out the direction. Most of my European travels I take alone. If it is a packaged tour, the company is not difficult to find. This time it was not so. I found myself on my own without company in the evening hour in a foreign city I was the first time in. Finally, I found a restaurant already open. It was not very inviting, almost empty. I made the order. But, within half an hour or so, I found myself in a busy and dynamic place, filled in with people, friendly service, eating a real Spanish stake sipping delicious Spanish red wine. After I finished and waited for my bill, the waitress brought me a variety of delicious sweets. The evening that started in a disaster turned into a special one >>>.

In September, I had a short job in Brussels (Belgium). As it usually ends in a very intensive and busy time, I decided to come there the weekend before. I planned to take my camera and visit Bruges on Saturday and Ghent on Sunday (Belgium). Not more and not less. Two well preserved medieval cities with plenty to see and photograph. No other planning. But as I got to my hotel on Friday, I called a colleague local in Brussels to ask whether they have any party time plans for the next week so that I could join them. Yes, they had. On Sunday, they planned to bike in the Netherlands. Instead of a photo session in Ghent, I found myself making 60 km on a bike on Holland’s shore. As I often bike, the mileage was not a problem. So unplanned, I spent the Sunday in a good company, biking on Holland’s coast. I had the wind in my hair, and the views were tremendous >>>.

The very unplanned highlight this year happened, however, in Warsaw (Poland). On a sunny and scorching Sunday afternoon in July, I decided to visit the royal parks of Lazienki, including the botanical garden located there. It was high Summer, so I expected to take many photos of beautiful flowers (which I did by the way). I took an express bus that stops only on selected stops. But unplanned as a courtesy for an elderly lady, the driver opened the doors at a bus stop, not in his itinerary. Many people got out. Without giving it much thought, I did so, too. As it was already in the park’s area (it is quite widespread)  in a spur of a moment, I decided to go to my destination on foot.  I  did not, however, reach the royal palace. As I got out, I heard it, the piano music all around. No idea how I made it, but I have simply forgotten that if on a Summer Sunday in Warsaw and in the city center, this is the must-be place. For the next hour or so, I found myself lying on the grass and listening to a piano concert. Catching only the momentum >>>.

Enjoying a tasty steak in Madrid, biking in Holland, and catching the momentum while listening to a Chopin piano concert in Warsaw. Although unexpected, it felt right well where it should have been. 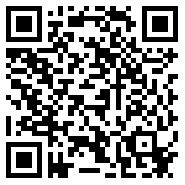