Warsaw, the capital of Poland, is a city of contrasting architecture. It was almost entirely destroyed by German forces at the end of World War II as a punishment for the Warsaw upheaval against the Nazis >>>. The historical town was reconstructed only to a limited extent. You can cross the whole ‘old town’ and the ‘new town,’ which is in practice parts of the old town located beyond the old town walls, within 20 minutes. Also, some old architecture was reconstructed alongside parts of the royal route that ultimately leads to Villa Nova, the kings’ summer residence. Much of the city is however full of socialistic blocks of flats constructed of large concrete panels built at times as Poland was a part of the communist part of Europe. There are, however, several socialistic buildings that are much better looking than the cuboid blocks of flats.

Below some shots made yesterday evening of locations quite close to each other that are symbolic to the city. Three of them are reconstructed pieces of the historical Warsaw. The remaining three are better-looking pieces of the socialistic architecture. The list does not exploit by far all the new spots worthwhile in Warsaw. To see most them one had, however, to move across the city for a considerably longer time than two or three hours.

The Palace of Science and Culture, a gift by the Soviet Russians to Poland. It is, in fact, the very center of Warsaw. Still, there are people in Poland, who would be eager to demolish it. For many, it is, however, today the true city symbol belonging for good to the city panorama.

The city center mall, a bit refurbished and more colorful than in the past. Still, the layout and height are like in old socialistic times. The only difference is that in past times it was the most elegant mall in the country. Today, there are several other shopping malls only in Warsaw much more popular with Varsovians than the old mall. The street you can see is parallel to the royal route.

Only one metro station away from the previous location. One of the reconstructed old palaces alongside the royal route. Today the seat of the Polish Academy of Sciences. In front of Copernicus – a worldwide recognized Polish astronomer. From this place, I took the route back to the royal castle that is only two bus stops away from this spot.

Finally, the very end of the royal route at the old town side. In front of the Warsaw castle and the Sigismund column. Sigismund was the Polish king (technically he was a foreigner elected as the Polish king), who moved the Polish capital city from Cracow to Poland in the XVII century.

Not that far away from the castle square, the old town square. Although it was quite cold at the hour still full of people, both Warsovians and tourists.

It is still the royal route. The first modern street from the castle square onwards. This time I took a bus. The Charles de Gaulle square on the photo is four bus stops away from the castle square. The building in front is the former seat of the communist party of Poland. Today a seat of at least one ministry and some private companies, including a Ferrari agent on the ground floor. After the transition to the market economy in the nineties, it was the first seat of the Warsaw Stock Exchange. Later on, the stock exchange moved to a building behind it. The interiors, even for modern standards, are exquisite ones. On the left-hand side, you can see the Polish National Museum and the Polish Army Museum. In the forefront, a kind of curiosity – a (plastic) palm. It is a kind of piece of art that was supposed to be displayed only for a short period. But somehow it grew into the city panorama. If you look closely at this place and put it into the right context, the square is one of Warsaw’s significant curiosities.

If you follow further the royal route, you will see a mixture of old historical buildings, quite elegant socialistic architecture (a kind of the governmental quarter) and a few modern buildings. 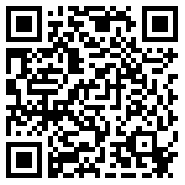