Brussels is one of those European cities, as to which I already lost count how many times I was there. It was, however, only once when I was there purely for pleasure, and this was many but many years ago. All other visits were on the job. Most of the time, it was just fly-in fly-out and altogether less than twenty-four hours in this city. On one of those visits, however, we booked our flight so late, that the only possibility to attend the conference was to come with an early flight on the day before. Thus, willingly or not, we gained one full free day in Brussels. It was a cold December day, but it was sunny with only a few clouds in the sky. Happily, for us, the conference took place in a hotel with only a quarter on foot to Grand Place and the old parts of the city. A small correction – Brussels is too much of its extent a historical city.

We made us on a long walk to the Grand Place and further to the royal palace. My two fellows were patient enough to stop at each place I wanted to take a photo. Like that time, I was much consumed by my job, back home, I made several short posts on that what we saw on that day but somehow did not process all the photos I made. Now, with some time free resting after a half-year assignment that for the last two months was all but not pleasure, I found time to enjoy looking through my original photos and discover what I have forgotten. Why Brussels? In the meantime, mid-January, I was on a short leave on yet another job in Brussels. But that time it was raining almost all the time. The only sightseeing tour I made was following my daily way to work there and back in Etterbeek where I stayed >>>. My original plan was to go out each evening and take photos in other parts of the city. It did not work out at that time. Still, my next Brussels assignment will be in June. So plenty of new photos to be done.

The photos are ordered as I did them. This is spots you will see starting at the Royal Theatre de la Monnaie, heading through the Grand Place to Galeries Royales Saint-Hubert, further through Mont des Arts and Coudenbergstreet, crossing the Royal Route at the Royal Palace and the Royal Parks. Altogether, this is less than two kilometers of walk. 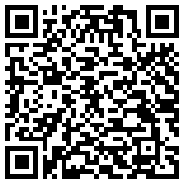