After a tempest, the day before and rainy morning, the Friday afternoon in Brussels was sunny and warm. After a two-hour visit to the Basilica of Sacre Coeur at Koekelberg (a Belgian answer to the Sacre Coeur Basilica in Paris, but unfortunately not that spectacular as the original), I made my way through the city center starting at the royal palace and the Mont des Arts. I crossed the royal park on foot and later went with a tram alongside the royal route direction Schaerbeek. I wanted to see the church that I once caught on a photo standing at the royal park corner, but never had the time to visit it. I got out one tram stop away from the church to make another distant shot. Yet again, I took the tram, but seeing the church at close (and its vicinity that was not very inviting), I decided to make some window sightseeing from the tram. I finally got out somewhere in the southern part of Schaerbeek and went east to Josaphat. My choice, although entirely intuitive, was right as the architecture there was typically Brussels like (as I know it from other parts of the city) and very photogenic.

To my Brussels photo gallery 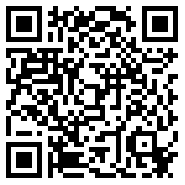