Yesterday while revising my photos of the Milford Sound >>>, I found one which is a close up on seals sleeping on a warm rock. Just a couple of cute seals on a cute picture. When making this close up I probably (it was some time ago) wanted to catch just a small grouping of seals using a magnifying lens. But for sure, I did not notice at first what I noticed yesterday evening. Looking at the four seals at the close, for a long moment, I could have not stopped laughing.  ‘Quite a team of personalities,’ I thought.

Four seals at an afternoon nap. A close up on sleeping seals taken somewhat accidentally during a boat ride on Milford Sound.

Four seals at an afternoon nap. Yes, a fantastic view. But look at the photo more carefully.

Each of those four sleeps in a different but quite distinctive position! So let us put on some human analogy here. Assuming, for a moment, it might be true for seals, as well.

The first guy from left to right is curling up like a baby with the tail and fins underneath. At first sight, he might look like a shy one. Still, watch when you see his real personality. This seal for sure has one. The second guy is sleeping on their side with a stretched fin. He would be a yearning dreamer. The guy might be suspicious at times, but yet he is quite inviting. After some small talk, you would become buddies. The third one is a free faller sleeping on the stomach, with head to one side. Watch out. He likes cynical games, but still, you would have a lot of fun with him. The fourth one is a log roller resting on their side, tail extended straight and fins at their sides. A quite sociable guy, but be careful, he might be selective. Do not count on friendship just for fun! 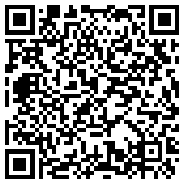