2022 By justmovingaround in Travel Notes

When I come home from a trip, I usually have hundreds of photos on my cameras. If it is a longer trip, it goes into thousands. Many of them are already on my computer. The best ones are selected, and even a large part of them is processed in some basic way. They are ready to be posted. I guess it’s related to the pressure of social media to deliver constant feed. But, I haven’t used Facebook for years, I did not publish on Instagram or Pinterest for quite a long time, and a Twitter account I have just in case. After doing some processing while on the road, it is usually being on a night of short sleep. Then I realise I should have spent instead more time resting. So, after a couple of days I take it easier and easier. Although ready to post more, I end up uploading only some photos when still on the road. Often only one with a short note. I prefer to post after I get home, even a long time after I’ve been to a place.

When I wrote my diaries on the New Zealand trip, I realised that I travel not only with my cameras. I need to constantly use my head, as well. So besides nice photos, I need an effort to scrutinise them, see details, and search the Internet for what I saw. Even a short comment requires some hours of internet research. And that’s why I prefer to do it at home when I come back and take my time. Rarely, the history of a place and what I will see have already been developed in my head before my departure. Of course, I know more or less what I will be doing and what I will be seeing. But it is only there on the spot that I decide what is interesting and what is not, what I want to write about and what to skip. So it is often that I decide only after I see the details of the photo. Only on rare occasions I just note what happened on the road like in a travel diary. But it is in a hurry, without deeper thought. Sometimes only after long months or even years do I get to catch momentum, like in this case.

My last post seven months ago was just like that. It was one of those trips when I went not so much to sightsee and learn about historical events but to relax by walking around and taking photos. For some time, somewhere in the back of my head, I had the idea to write something about medieval trade in the Baltic. After I wrote a post on Bruges, an important medieval trade centre, it seemed a natural choice. I had many photos of Gdańsk already for some time. However, I should at least drop by Malbork castle to do this. In fact, the Teutonic Order with the seat in Malbork helped Gdańsk to gain its trading position on the Baltic through Hanza. And even if, in my case, it means a one-day or two-day trip, practically effortlessly, with a comfortable train no longer than two hours one way, I still could not get down to it. I did not get to it even when that time in Gdansk, which is located even closer. The pandemic and everything that happened around me in the last few years took away my strength and invention.

So, I went to a place I knew, on a gut feeling, to just take photos and relax. Gdansk’s old town is very photogenic. Not only because of the views. Also, because of how it is positioned to the sun’s movement. It looks great with sunlight during the day, and after it gets dark, it is very colourful. So just grab your camera and leave. You come back then with many but many very nice photos. Plenty to choose from. Not all places are like this. Sometimes you go somewhere, see beautiful spots and views, and even in good weather conditions, you cannot take a good photo. Or, you are somewhere around noon, but it would be better to be there in the morning or in the late afternoon and early evening at dusk. The travel schedule is so tight that you cannot spend several days in the same place to look for the right light. If you are going somewhere far from home but you focus on photos, you give yourself a lot of time to take photos but see little. The alternative is to be on a tight schedule and to assume that not all spots on the itinerary will come out well, even if you know how to process a photo made in a bad light. Still, you will see so many cool spots, most of them unexpected, that you end up choosing out from a bulk of photos anyway. I definitely prefer the latter alternative. There is always a trade-off, and you have to make choices.

Gdańsk old town is, for me, an exception to this rule. I just go there from time to time to spend time. Taking photos there where they will be picturesque for granted is an incentive. But last September was a bit different. After my mom passed away, I needed solitude. So I went to Gdańsk to hear the bustle of its streets, be among the people, hear the street musicians, and eat in good restaurants spending there an hour or even longer enjoying views. Still, I did not really talk to anyone. I spent ten days in an apartment on the top floor of a tenement house with a view of the Long Market, the old town’s busiest street. I had my laptop with me, and I was working as usual. No leave of absence. Because of the pandemic, we were still not required to go to work. Work could be done from anywhere. All you needed was a good internet connection. I have flexible working hours, so I could afford early morning or late evening walks.

In fact, I was wandering back and forth in the same area between the mainland and Granary Island and further on Lead Island. There are four bridges over there. One permanent bridge between Long Market and Granary Island, and another permanent bridge between Granary Island and Lead Island. But if you want to get from the end of the Granary Island or Lead Island back to the mainland, you need to use one of the two drawbridges. So sometimes, you have to wait for a bridge to be lowered. While waiting for long minutes, you instinctively pick up the camera and just take photos. No this one was not done while waiting. The bridge is down. Or it was just put down, but I found my perfect spot?

The photo is my favourite one taken last year. You can see the quay of the old port from the mainland side. I took it while standing on the other side of the canal on the Granary Island western top. It was around 8:00 p.m., just after sunset. Contrary to what might appear at first sight, I did not put any filter on. Only basic processing. It has a very high ISO. Might be considered negligence. Even if I had a tripod with me, I was not eager to plan the exposure time. Probably I used the tripod to not make it by hand, but I definitely shoot it with the automated mode. Yes, this one is my favourite one, but it was certainly not my first choice. Only later, when I got home and trial printed some photos to choose the one I would hang on the wall in my little travel gallery, I selected this one. Beautiful view. Maybe a little dim in colour. As said, no filter was used. But the dim reflects the mood I was in. And still, after seven months, I feel the same.

Anyway, I haven’t had a camera in my hand for those late seven months. The pandemic is ending, or at least it appears today less risky. Life goes on. Next, I have a three-day business trip to Berlin on my itinerary. The mornings will not be intense. Probably there will be a few social occasions in the evenings. But, again, I will have to make choices, photos or dinner. We’ll see on the spot. I have been to Berlin only once, at the train station back in the days when Germany was divided into eastern and western parts. We were crossing the border between East and West Berlin. Berlin was divided by a wall. A terrifying sight, particularly on the eastern side. Those border guards armed, ready to shoot anyone illegally trespassing the border with their big dangerous dogs. Although I had no camera, I still can see this picture in my memory. Since then, I have spent a few years in Germany. But Berlin wasn’t on my way. 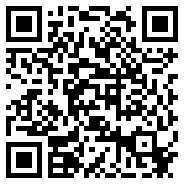