On the second evening of our 48 hours stay in Madrid naturally, we visited a flamenco show offered in one of Madrid flamenco clubs (tablao), located in the vicinity of Puerta del Sol. No idea whether it is shows offered mostly to tourists or there are also locals visiting those clubs, but the club was full. The show lasted altogether around one hour. It involved five artists: a guitarist (tocaor), two singers (cantaores) – one lead and one backup, and two dancers (bailaores), who delivered a together dance and separate solos. All of them spent the majority of the show on stage, changing roles but busy almost the whole time. The show was a real team effort.

Villa Borghese Pinciana is a palace in Rome hosting an imposing gallery of arts. Besides the numerous pieces of art, which can be admired inside, the villa is a real eye-catcher in itself with its richly decorated interiors.

The most opulent one of its large halls (there are at least three of them inside) is probably the so-called Emperor’s Room. It is a very spacious hall with walls almost entirely plastered with colorful marble pieces accompanied with numerous reliefs and golden leaves. It is decorated with sculptures and busts as well as by decorative marble tables. Midst of the hall you can admire the ‘Rape of Persephone’ a sculpture by Gianlorenzo Bernini.

New Zealand is known for its natural wonders. One of them is well advertised Waitomo glow-worm caves. To see them, one has to stay in the dark. No photos are allowed. Only in the first cave, where the guide explains what you see and will see, for a moment, lights are on. The highlight is a boat ride in the dark in a cave. Its ceiling is fully covered with glow-worms. You raise your head up and feel like you were under a night sky, but somehow the stars are closer to you.

But the sightseeing of the glow-worm caves, including descent, lasts only 45 minutes. The boat ride maybe only a quarter. Having some time to spare, I decided to visit another complex of Waitomo caves called Ruakuri caves located around two km distance from the main cave. In the aftermath, an excellent decision.

An evening in a Paris cabaret

Paris is one of the cities where whenever you come in winter or in summer you have much to do. Much sightseeing indoors and outdoors at light-time. Partying at night-time. We saw two shows, one in Moulin Rouge and the other one in Lido. In Moulin Rouge, there is a strict ban on making shots. Lido also prohibits photographing, but the rules are not as severe as in Moulin Rouge. I asked for permission to make shots.

Villa Borghese Pinciana. A breathtaking art gallery and a masterpiece in itself

In Rome, there is a park called Villa Borghese with a palace on its premises. The palace does not look very impressive from outside. But inside it contains a breathtaking art gallery called Galleria Borghese. It is not only the masterpieces of art like sculptures, paintings, and even the furniture that make this Villa. The villa is a masterpiece in itself.

Christchurch. Bringing England there did not work fully …

Christchurch was one of the first regular English colonial settlements in New Zealand. The first European settlers came to the area around 1840. The colonization process was officially and legally organized by Canterbury Association and sponsored by the Church of England. The first 800 colonists arrived around 1850 on four ships with a mission to build a city around a cathedral and a college.

Taking a walk in the City of Westminster

London is a place where you can spend quite a lot of time, and still, you will not see all that is worth to see. So you have to compromise. This time we decided to take a slow walk in the City of Westminster, which is the very heart of London. It is the location of the Buckingham Palace, Westminster Abbey and the Westminster Palace (the seat of the UK Parliament) but also of famous Soho and China Town.

Mont St. Michel and St. Michel Abbey. Located in Normandy, one of the most famous European buildings. Being of interest as well for its unusual location on a tidal island. Or the other way round. The whole structure, the fortifications, the monastery, and the small village at its foot were erected there because of the unusual location. Hardly accessible at high tide the Mont St. Michel has a fleur of seclusion but simultaneously has always been a very well defendable spot.

Brussels is a meeting place for people of different nationalities and cultural backgrounds. On trips when it is not just fly-in-fly-out the same day, it is worth to ask around what to do in free time. A colleague of mine proposed to go to an art museum devoted to the Belgian surrealist René Magritte.

For a tourist, Szczecin is a city not that easy to handle. Still, it is a place I return with pleasure for years.

Located in North-Western Poland, the city is barely accessible by another mode than a car. To get there from Warsaw, the capital city of Poland, you need more than six or even seven hours by a conventional train. No high-speed, comfortable trains reach this place. You can fly in, but the airport is located in a half-hour distance by car or a shuttle bus, or forty minutes by train. But trains are stopping there only several times a day. So you lose your time by waiting. No Uber service is available in the city.

Historical figures important for the Portuguese discoveries like Vasco da Gama, Magellan, Cabral, and others follow Prince Henry the Navigator. He is standing at the prow, holding a small vessel in hand. Discoveries Monument in Lisbon, Portugal.

You enter a famous building, enjoy the architecture, shoot the art pieces that are inside, but because of time constraints (there are so many places to visit in Paris), you do not put attention to details. But making photographs has the advantage that you can come back to them later and study.

The fresco I photographed in the Pantheon in Paris while following our guide to the crypts. But only at home a couple of days later I red on its history and content.

The statue on the photo I photographed a bit accidentally in Brussels on the royal route, while standing at a street crossing and waiting for a green light. It was a busy street, with many cars and trams passing by. Stubbornly I crossed the street towards the monument and tried to direct my camera the way that it finally went well. No, I did not read the description at its foot. My company was getting impatient.

Who the man on the horse was I realized only back home while processing the photo. The knight turned out to be not only a hero of his time but also a person symbolic for many years of European history.

Kenroku-en is an authentic Japanese garden established already in the XVIIth century in Kanazawa, Japan. It is one of the three oldest gardens in Japan. Its name translated into English means the Six Attributes Garden. Those six attributes of a perfect landscape are spaciousness, seclusion, artifice, antiquity, waterways, and panoramas. All of them are true for this place.

A short note on slavery in Middle Age Europe

Don Quixote and Sancho Panza at the foot of the monument of Miguel de Cervantes Saavedra at Plaza de España in Madrid, Spain. Would it be possible for Cervantes to create this prominent work of the world literature if not the terrible experience of being a slave in North Africa for several years of his life?

Slavery was common in ancient Greece and later in the Roman Empire, as well as in the early medieval ages in Western and Northern Europe. Vikings, who raided coastal regions of Europe were responsible for the increase of the slave trades in Northern Europe. The famous markets were Chester and Bristol in England. The procedure was cut in Western Europe already in the early Middle Ages.

D-Day was the most massive seaborne invasion in history that took place on the 6th of June 1944. Allied forces from around 13 countries, among other US American, Canadian and British started an invasion aiming to liberate Europe from the Nazi Germany occupation.

Sightseeing in Normandy, we planned to visit the Gold Beach, one of five beaches where the landing took place. We expected to see a monument and some wreckage of military equipment.

Originally it was a terminus station built 1895-1905. Its structure was severely damaged during World War II bombings. A profound refurbishment was needed in the late XX century.

Madrid is one of those European cities you can simply enjoy. The town is relatively new in comparison to other European capitals, and there are not many historical objects on the must-see list. But the variety of places worthwhile provides much fun for a visitor.

One day you go to Prado, one of the most impressive galleries world-wide and the next day to this place – the big fan zone of Real Madrid.

A white castle on a hill. The view was impressive, but at first, we did not realize how big this castle was. We were standing at a railway station exit gate, in front of a wide alley, two or three kilometers away. On the approach way already at the gateway to the castle premises, we had to take turns and go complicated paths between fortification walls. We crossed a series of smaller gates and baileys. At first, I did not give it much thought.

Down under in a coal mine

That miners’ work is hard, everybody knows. But seldom it is possible to see a mine inside, a couple of hundred meters down below. Because of dust and particles, and all other potential dangers, nobody would let an outsider inside a mine that is still under operation. At a couple of sites in Europe, tourists can take a walk down below in a mine that is no longer in operation. 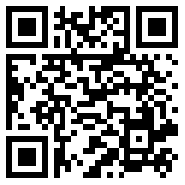