Raphael’s Rooms is a series of rooms in the Vatican Palace richly decorated by Raphael with frescoes considered one of his greatest achievements.

However, instead of presenting a bigger shots gallery from this place, for now, I selected only a small fraction of this masterpiece that unlike many others, is of civic nature. It is called the School of Athens. It shows many of the ancient Greece great masterminds of V-IV century BC.

On the history of Bruges

A couple who came from England

During our two-week stay in New Zealand, we once visited a town that seemed totally deserted. In high season it was popular with surfers. But with a heavy storm on approach, there was not a soul around us. It was like we would have reached the end of the world. The name of the town was Collingwood.

Collingwood seemed a deserted place. A couple of buildings only in the old town center. Many properties for sale. The houses in the main streets had already the best times behind them. Only a few houses seemed to be new or renovated. Street art was a reminder of past times. People in elegant 19th or early 20th-century clothing.

Patria, in commemoration of 1830

A short note on slavery in Middle Age Europe

One day, as I was driving home at a late evening hour, with the radio on for a moment, I was listening to the beautiful Gladiator theme by Hans Zimmer. Somehow, by association, my first thought was of the Don Quixote and Sancho Panza monument, or actually two twin monuments I photographed at Spain squares, one in Madrid and the other in Brussels.

Yes, an association that seems to be a bit far-fetched at first sight. On the second thought, however, the link between the two pictures is not that impossible at all. 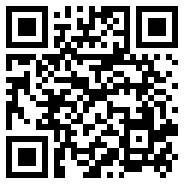