Imagine that one day you go to Prado, one of the most impressive galleries world-wide and the next day to this place – the big fan zone of Real Madrid, the worldwide recognized football (soccer) club, located at the club’s stadium Santiago Bernabeu.

The tour begins at the top-level of the stadium, where you can take a good look at the stadium panorama.

We were brought there by a helicopter. Before that, we were equipped by the tour operator with proper clothing, shoes, and crampons. As we landed on the glacier, we were given a set of strict rules on how to behave.

Initially, I thought we would just walk and take photos. The surface where we landed was quite flat, and the slopes did not look very steep. Crampons we had on our shoes made walking on the ice quite easy. Only later, I realized that we were following a scenario. After one hour of easy walking around, we approached some ice formations that from away did not look high, but in reality, they were.

Good Friday is for many a fasting day. Our housekeeper, understanding well the traditional kitchen, proposed traditional dumplings on mushrooms and sauerkraut for dinner. ‘I could make fish soup, the one I made after I came back from New Zealand’ was my response. So quite quickly the choice was clear, for Good Friday dinner we would have fish soup and dumplings as the second course.

MORE READS AND PHOTOS on EVENTS

On the second evening of our 48 hours stay in Madrid naturally, we visited a flamenco show offered in one of Madrid flamenco clubs (tablao), located in the vicinity of Puerta del Sol. No idea whether it is shows offered mostly to tourists or there are also locals visiting those clubs, but the club was full.

Paris is one of the cities where whenever you come in winter or in summer you have much to do. Much sightseeing indoors and outdoors at light-time. Partying at night-time. Below, some scenes were seen on an evening in Lido, one of the Paris cabarets.

During our last stay there we saw two shows, one in Moulin Rouge and the other one in Lido. In Moulin Rouge, there is a strict ban on making shots. Lido also prohibits photographing, but the rules are not as severe as in Moulin Rouge. I asked for permission to make shots. So here it is, an evening show in a Paris cabaret in a small gallery of pictures.

OTHER READS AND PHOTOS on LIFESTYLE

If in a foreign country, many of us like to taste local food. In Madrid, we were recommended Mercado de San Miguel – a well organized and sheltered market for tapas and other varieties of food like Spanish ham, paella, seafood, sweets, etc. and drinks located in the vicinity of Plaza Mayor. The place is frequented by both locals and tourists. Although you can take away the food you buy there, the idea is instead to go from one stand to another and enjoy the local specialties.

The Chopin afternoon in Warsaw

Totally unplanned, while in Warsaw (Poland) heading to the royal palace I found myself getting off an express bus as other people did. Just so. As a courtesy for an elderly lady, the driver opened the doors at a stop, not in his itinerary. Ultimately, I  did not reach the royal palace. As I got out, I heard it, the piano music all around. No idea how I made it, but I have simply forgotten that if on a Summer Sunday in Warsaw and in the city center, this is the must-be place. For the next hour or so, I found myself lying on the grass and listening to a piano concert. Simply catching the momentum.

I imagined a place full of monks dressed in orange (like in many films with Buddhist monks), and us standing behind them and allowed to watch their rituals from behind.  Our monastery experience was not like that. The sect we were staying with was tiny. In fact, we dealt with only one monk and one novice (using the European vocabulary).

Each year on the 1st of August at 5 pm, the city stops for several minutes to commemorate the outbreak of the Warsaw Uprising that began with much hope but ended with a tragic defeat. I took the photos at one of the main squares in the very heart of Warsaw.

Brussels is a meeting place for people of different nationalities and cultural backgrounds. On trips when it is not just fly-in-fly-out the same day, it is worth to ask around what to do in free time. A couple of months ago while in Brussels, a colleague of mine proposed to go to an art museum devoted to the Belgian surrealist René Magritte.

Pierogi (Polish dumplings) belong to the top dishes of the Polish cuisine. If you visit Poland they should be on the must-try list.

OTHER READS AND PHOTOS on CUISINE

Before we departed to Japan, I was always convinced that original Japanese rolls are served with raw or backed fish, other seafood, or vegetables. Contrary, putting meat like chicken inside rice and seaweed I treated as a European invention.

…Till I ordered and tasted rolls with Japanese beef and kimchi the midst of Tokyo. 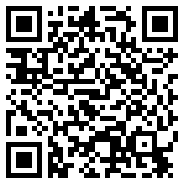