Brussels is a meeting place for people of different nationalities and cultural backgrounds. On trips when it is not just fly-in-fly-out the same day, it is worth to ask around what to do in free time. A couple of months ago while in Brussels, a colleague of mine proposed to go to an art museum devoted to the Belgian surrealist René Magritte.

The statue on the photo above I photographed a bit accidentally in Brussels on the royal route, while standing at a street crossing and waiting for a green light. It was a busy street, with many cars and trams passing by. It seemed a bit of a challenge, so stubbornly I crossed the street towards the monument and tried to direct my camera the way that it finally went well. No, I did not read the description at its foot. My company was getting impatient.

Who the man on the horse was surprised. I realized only back home while processing the photo. To be frank, at this location, I did not expect to see that one.

Our Lady of Antwerp

The interior of this huge Gothic cathedral dominating over over old city of Antwerp seems very austere. You will not see there not much gold. But the thirty-four huge stained glass windows, detailed carpentry, and huge paintings displayed in the side naves are real eye-catchers. Already, at first sight, you are under the impression, the Cathedral is an art gallery. You may admire here the works by Rubens as well as other Flemish (or Belgian) masters.

Indeed, until the Reformation and the French revolution, pillars, chapel altars and walls of the Cathedral were decorated by great paintings of Flemish masters. During the religious and revolutionary struggles, many works were destroyed, removed, stolen, or sold. Ultimately, the Flemish authorities could recover works that survived. In 2009, the Royal Museum of Fine Arts in Antwerp returned eight of the most beautiful altarpieces to the Cathedral. Furthermore, from 2009, eight other works, mainly triptychs, are on loan from the Museum and had been integrated into the Cathedral’s current interior.

Walking the streets of historical Ghent

Ghent is a city in Belgium in Flanders (the Dutch-speaking Northern Belgium).  Already in the first Millennium, it was the location of two important abbeys and a trading center. Ghent was inland and maritime port thanks to its sea access through rivers and later artificial canals.

With two Viking invasions of IXth century, Ghent lost for some time its splendor. Later in the Middle Ages, the city revived again and became one of the largest and wealthiest cities of Northern Europe. It was inhabited by more than 60,000 people at its peak. It was mostly to the corn trade. Each ship that went through Ghent was obliged to sell one forth of its cargo in the city-owned corn market. Ghent was also a thriving cloth manufacturing center trading intensively with England and Scotland.

Grand Place, Brussels, on the absolutely must-see list while in Belgium. The probably most beautiful main square in Europe. In the middle of the photo above you may see the houses no. 9 and 10.

No. 9 Grand Place, Le Cygne, or The Swan is known as the butchers’ guildhall.

The first official exchanges did not emerge from nowhere. In the early middle ages, commodity trading at seasonal fairs was practiced in many European countries from South to North. But only in a few places, the trade was genuinely international. Later on, the so-called entrepot cities emerged where business was thriving all year long. One of the principal harbors that serviced that time the trading routes in Northern Europe was Bruges. (Due to some natural sea movement Bruges lost, however, its position to Antwerp in XVI century). So, merchants from all around Europe met in the city of Bruges to perform their trades.

Quite naturally, the local inns (taverns) were their meeting point. Innkeepers provided food and shelter to foreign merchants, but also warehousing space, commercial credit (even standing surety for their debts) and references. They connected foreigners with buyers or sellers and helped to negotiate deals. One of them was an inn called ‘The Three Purses’.

Counting to the European top 10 as per size, one of the two biggest churches in Belgium – the National Basilica of the Sacred Heart in Brussels. The Basilica is located a bit aside from the city center in the north-western part of Brussels on the Koekelberg hill.

Like most of the biggest churches in the world, the Koekelberg Basilica is a relatively new building. Its construction began in 1905 to commemorate the 75th anniversary of Belgian independence. 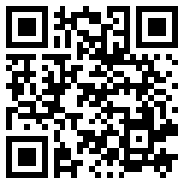