Heading to New Zealand, you know you will enjoy beautiful nature. But the country has much more to offer than simply walking and enjoying magnificent views. There are plenty of places that are not accessible on foot, or you would lose much time and effort to get there. And many people in New Zealand are engaged in helping you to see as many exciting spots as only possible. The tourism industry or better to say the outdoor industry is very well developed with helicopters, boats, and other water equipment as well as pathway installations that make many spots reachable without professional equipment. What is important here is also that New Zealand is not easily accessible for mass tourism. So, that what you get is excellent views and some adventure feeling for most of the time in small groups with no other soul around or that far from you that you barely notice them.

And so it was with our glacier walk on the New Zealand Southern Island. We were brought there by a helicopter. Before that, we were equipped by the tour operator with proper clothing, shoes, and crampons. As we landed on the glacier, we were given a set of strict rules on how to behave.

Initially, I thought we would just walk and take photos. The surface where we landed was quite flat, and the slopes did not look very steep. Crampons we had on our shoes made walking on the ice quite easy. Only later, I realized that we were following a scenario. After one hour of easy walking around, we approached some ice formations that from away did not look high, but in reality, they were. It also turned out, there were more guides on the glacier than only our lead guide, who accompanied us from the beginning. While we were walking on the flat surface, the other guides were busy preparing our passage on the other side of the mountain digging ice stairs on steeper slopes and choosing steeper narrow ice breaks that we were supposed to climb inside. Some professional climbing gear was in use, too. The task was not that easy. For a moment, I even got stuck between two icy walls. Three guys, who escorted us through the walk were of real assistance. Kind, helpful, and providing a good mood. ‘Lady, I am not helping you. I just wanted to hold your hand’ said one of them, protecting me of a bumpy ride as we walked down the ice formation.

The whole time we were alone on the glacier, or at least we had an impression of being alone. Only if you looked hard onto the other side of the glacier slope, far far away from where you were, you could have noticed some red spots moving around. To be frank, I saw them only after I saw a (tiny) helicopter landing on that part of the mountain. 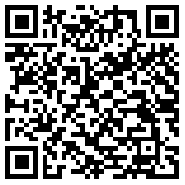