Liverpool. Once a significant harbor in North West England and Europe (see map). Today as in many cities that ceased its traditional maritime operations, much work had been done to make the old docks an exciting place to live and to visit.

On the picture, the Albert Dock, a complex of dock buildings and warehouses initially opened in 1846. For that time the technology in which it was built was considered a very modern one as it allowed to load and unload cargoes directly into and from the warehouses. Like many traditional ports, it did not stand the competition of modern ports. It was also harshly destroyed during World War II. So its decline began. Its modern reconstruction into a living & commercial zone as well as a cultural center began in the eighties and lasted altogether around 20 years. 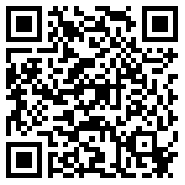