Seen in Kyoto during Aoi Matsuri (Hollyhock Festival) held on 15th May. It is a traditional procession of a couple of hundred people dressed according to the VIII-XII century court code alongside the streets of Kyoto.

The festival has more than the 1000 year tradition, although there were long periods as the festivities were not taking place. In modern times it was revived in 1953. Originally it had religious meaning to protect Kyoto (that from the IXth century was the imperial capital) against natural disasters. Hence its name. The hollyhock leaves were believed to protect against those disasters.

The procession alongside starts at the Imperial Palace to the Kamigamo Shrine (located in the north part of Kyoto). We went to this shrine to watch the procession end and make some shots. As you can see in pictures, the costumes and the apparel were great to watch and make photographs. 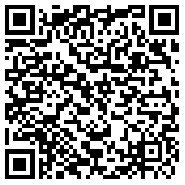