When I first time heard this name, the association was clear. I thought of a tasty, but spicy meat stew with paprika served as the main course and originating in Hungary. But as I looked at that what was meant, I saw a totally different dish or kind of appetizer made of something I was not able to define. It turned out to be fish prepared uniquely. The error was evident as goulash (Hungarian meat dish) and gulas (Spanish fish appetizer) when words are not carefully pronounced they sound quite similar.

A sandwich on salmon and gulas seen (and tasted) at Mercado de San Miguel, Madrid.

First, I thought gulas is just an unusual way to serve raw fish. But, its origin is a bit more complicated. In Spain, there is a kind of delicatessen food, sometimes compared with Russian caviar, called angulas that is made of young eels (up to 10 centimeters long). As those are quite costly, a cheaper imitation was invented that is made of surimi cut the way, so it looks like small eels. No idea what is the taste of the original angulas, but the sandwich with salmon and gulas I ate at Mercado de San Miguel in Madrid was quite tasty. For a moment, however, I had an impression as I was eating a kind of European gagh. 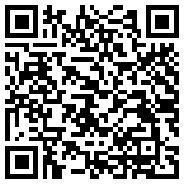