A colleague invited me last year to watch a World War II battle reconstruction. I’ve heard of such events but never imagined how this goes.

The event took place in Poland in a small city on the outskirts of Warsaw (see map).  The whole event lasted for a couple of hours. The battle reconstruction itself for one hour. The entire time a narrator described what was going on the battlefield. You could have seen civilians fleeing the city, a fight between two enemy aircraft, followed by the cavalry and infantry attack on a village where the enemy forces took shelter in. The strike ended with a defeat.

Was a tremendous spectacle with original uniforms, machinery, guns, pyrotechnics. At a closer look, it was, however, showing the cruelty of war.

The participants were reconstruction societies from Poland, Germany, and Lithuania. 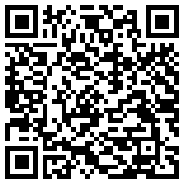