An austere Benedictine abbey and red roses. A view onto the Mt. St. Michel Abbey in the French Normandy >>>. But the first thought: ‘The Name of the Rose’, a book by Umberto Eco (and the film based upon it) about a series of murders taking place in an isolated medieval Benedictine abbey somewhere in Northern Italy.

The book plot took place in a library full of ancient manuscripts and the so-called scriptorium – a room adjacent to the library where the Benedictines made copies of the old as well as contemporary manuscripts. As printing was not invented yet, the monk scribes rewrote those books manually. To make one copy of a book, they needed months or even years. Like those monks in the novel, also the Benedictines at the St. Michel monastery rewrote manuscripts. With patience and diligence.

The tradition of diligent and patient work in the Benedictine orders (and other offspring orders) began in the VI century AD. Benedict of Nursia wrote a book on rules to be obeyed by those living in religious communities. He formulated those rules in great detail, dividing them into 72 book chapters.

Among others, the monks had to live according to a strict timetable, pray and perform manual labor. The hours of labor varied with the season, but it was never less than five hours a day. By manual work, he meant housekeeping, farming, and crafts. However, with time, the Benedictines started to focus more on intellectual work like reading, copying manuscripts, and teaching. The ‘original’ Benedictines did not always strict obey the Benedictine rules. So, a group of French Benedictine monks set up an offspring community in the XI century AD. They wanted to more strictly follow those rules and concentrate on ‘real’ manual work. This community was the predecessor of the Cistercian (otherwise Bernardine) order. Cistercians were indeed ‘the workers’ >>>). Besides fieldwork, they specialized in hydraulic engineering and metallurgy. The Benedictines were intellectuals. The Cistercians – the agriculture and technology masters. Benedictines could have been recognized by black choir robes worn over a habit, and the Cistercians – by a white one.

The orders maintaining the Benedict rule tradition use today the motto ‘ora et labora’ which means ‘pray and work’. 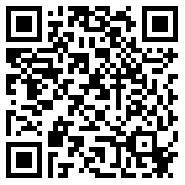