While visiting Louvre, as usually, I do in museums, I photographed several paintings just to remember the visit. One of them was the famous ‘Liberty Leading the People’ by Eugène Delacroix depicting events that took place in Paris in 1830. I remembered having seen the painting many times during history lessons. As it is symbolic of the French Revolution, it is usually reprinted in school books.

Today, on the eve of 14 July, the day as the Bastille was fallen, it is a good day to recall some historical events that for good changed France and entire Europe: 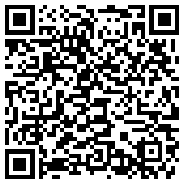