Charlemagne (Charles the Great) is one of the most influential figures in French and European history of the early medieval time. His reign marked the set up of the Carolingian Empire that replaced the Roman Empire in the Western parts of Europe (>>>). Its successor (although with a smaller territory limited to so-called West Francia) was the Kingdom of France and consequently after the French Revolution the present French Republic.

Statue of Charlemagne standing at the front of the Notre Dame cathedral in Paris.

Charlemagne was not the first ruler of the united realm of Franks. Before him for around 400 years, Frankish kings united and ruled descendants of Germanic, Gaul and Roman people. Although having different roots ‘Frankish’ people seemingly developed a common language and seemed to be a coherent nation for the outsiders. During his reign, Charlemagne extended by far the Frankish territories. This way, he was able to convince the pope (head of the Catholic Church, who that time in history had much political power in Western Europe) to crown him (800 AD). He became the first recognized emperor in Western Europe after the fall of the Roman Empire. Technically, he was already ruling an empire, but the papal ‘blessing’ gave him the ultimate power. This coronation was, however, to the detriment of relations between Rome (Western Europe) and Constantinople (South-Eastern Europe). 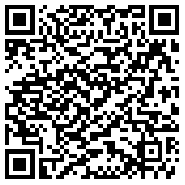