At first, I had the impression this was some kind of a cake or other sweet produce. But the day (mid-July) was sweltering, and nothing seemed to melt. And, there was that pleasant smell all around. My quick thought was then: ‘I am in France, quite far from Provence, but it could still be the true Provence soap.’ Now I know, it was not, but still, that nice looking product on display I photographed were bars of pure hand-made soap.

Hand made soap bars seen in a soap shop in the French Honfleur.

For me it was new, but it turns out that handicraft of making soap is for some a popular hobby, and a real profession for many all around the globe. In the meantime, I found several internet pages or blogs devoted to this industry and internet stores offering semi-products that can be used for home-made soaps.

Last but not least, I finally got myself to check, what makes the authentic Provence or Marseille soap.

The soap makers throughout the world use different kinds of oils or greases for saponification processes, like coconut oil, jojoba oil, shea butter, and many but many others. The soap was introduced to Europe from the Middle East in the Middle Ages by crusaders coming home. Indeed, Marseilles was among the first soap manufacturing centers in Europe, for some time even the dominant one. Provence manufacturers traditionally used olive oil to make their soap that gave the soap its excellent quality. As fraud was somehow always accompanying business activities, some producers started to use cheaper fats. There even appeared soaps made of used lamp oil (!). Finally, at the end of the XVII century, a law was introduced in France that obliged the manufacturers to mark their soaps.

To some extent, it protected the quality producers from Marseilles, but also other quality producers in Italy or Spain. Besides problems with quality, we have to remember that the olives are harvested in Europe only in the Mediterranean area. In other European countries in the soap manufacturing process, the fats were used that had been available in those countries. It is thus possible to produce high-quality soaps with other kinds of oil as the base. But still, the pure soap from Marseilles will be produced using quality olive oil. 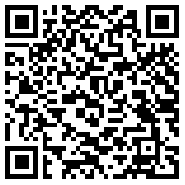