A woman dressed in jūnihitoe, the twelve layers kimono. Seen during the Aoi Matsuri Festival in Kyoto.

The Aoi Matsuri Festival is a traditional procession of a couple of hundred people dressed according to the VIII-XII century court code alongside the streets of Kyoto. In the middle of the procession, there is an unmarried woman who performs the role of Saiō-Dai. In past times, she was a lady chosen from the sisters and daughters of the Emperor to dedicate herself to the Shimogamo shrine of Kyoto. According to the tradition, she is dressed in jūnihitoe, considered as the most elegant kind of kimono.

Jūnihitoe consists of 12 twelve layers of silk garments (hence its name that may be translated as ‘a twelve-layer robe’). The colors of layers depend (or instead depended in the past) on the woman’s position. As the Saiō-Dai was carried is some kind of a litter, it was not possible to see the whole robe. It would be, however, difficult for the performer to walk in the procession as the jūnihitoe may weight up to 20 kg.

Today, only members of the imperial house wear jūnihitoe on significant occasions. 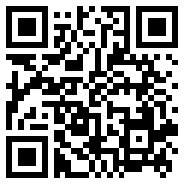