Sabines, a name which was since always part of my vocabulary. But, I never did much thought to its origin. For me, it was the name of the premises on the university campus where I used to party. The parties were cool. Quite cool. This year while sightseeing in Louvre I had, however, a kind of eureka feeling about this name.

The Intervention of the Sabine Women by Jacques-Louis David

Being in an art gallery, I have a habit of choosing one-piece or two that I like, making a photograph to better remember the visit and the place. You cannot only remember it all. One of the paintings I liked much, quite a huge one, was the Intervention of the Sabine women by Jaques-Louis David, one of the greatest French masters, who lived in times of the first French Revolution and the Napoleonic times.

Sabines are a part of legends around the Kingdom of Rome (the predecessor of the Roman Republic and the Roman Empire >>>). As Romulus, the first king of Rome established the city, it was only him and his warriors. To settle down, they needed wives. So, Romulus and his warriors went on a quest and kidnapped women of a tribe called Sabine, who lived not that far from Rome. Sometime later, the Sabine men raided Rome to free their women. But those were already wives and mothers, not keen to leave their new homes. So they placed themselves between the warring parties, a scene depicted by David on his famous painting. There are some other versions of this legend in circulation. For all annals of the Kingdom of Rome were lost in an enemy raid, we cannot confirm whether this legend is a historical fact or not. Sabine tribe is however historically confirmed. 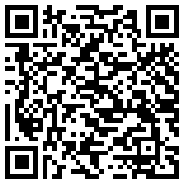