Japan is famous for its specific religious system combining Buddhism and Shinto. Buddhism that roots in India came to Japan from continental Asia. It is based on the teachings of Gautama Buddha and his successors. Shinto, on the other hand, is originally a Japanese ‘traditional religion’ based on the ancient belief in ancestors and deities. For centuries, the two confessions overlapped. Japan had times (XIX century, the so-called Meiji Restoration) of intensive politics to split Buddhism from Shinto or even disroot Buddhism as not originally the Japanese religion. Those efforts finally failed. Shinto and Buddhism coexist in Japanese culture. Many Japanese declare also being tied to both confessions. This religious coexistence is, however, not easy to tackle for an outsider.

A Shinto shrine may be a tiny spot marked by a torii (Japanese gate to a sacred place). It can, however, be a more significant complex of buildings, as well. A shrine is devoted to a specific deity. Even if in the Western nomenclature we would call it a temple, it will still be called a shrine in Japan. (This is, of course, an English description. Japanese have many different names describing different kinds of shrines.) The most of the bigger (sometimes quite huge) religious building complexes we visited in Japan were, however, Buddhist temples. Buddhist temples belong to and are run by different schools of Buddhism (sects), and simultaneously play the role of a monastery, with interiors accessible only to few. This is possibly why I had the impression that temple complexes are somehow more significant (more widespread) than shrines, which is of course not a thumb rule.

One of those famous temples we visited was Kiyomizudera, otherwise called the Pure Water Temple. The name derives from the Otowa Waterfall, at which it is located. Kiyomizudera is an independent Buddhist temple (since 1965) and belongs to the Kita Hosso sect. The complex is enormous and consists of wooden buildings, of which some, including the Jishu Shrine at the entrance, are covered with vermilion (characteristic orange paint). The temple is located in the Eastern parts of Kyoto. Walking the quarters (very picturesque by the way) located beneath the temple, you will finally get to Gion (the Kyoto geisha district).

The main building and the temple complex photographed from a terrace located in the more remote parts of the complex. On pictures below – while on the way down to the waterfall.

The impressive wooden structure beneath the main hall. It is told to be built without the usage of nails.

The Ottowa waterfall just beneath the main hall. It was divided into three streams. Each of them is supposed to bring a different kind of fortune in life: longevity, success at school, or happy love life. It is not recommended to drink water from each of the streams as you cannot merely have it all.

As in many Japanese Buddhist temples, it is forbidden to photograph the core interior of the main hall. Those places are well-marked as such. I made the photos at the last admissible point of the main hall. I had, however, already to take off my shoes. In front of me, a woman was kneeling and praying. Some people were waiting for their turn behind her. As I understand the very core of the temple is contrary, not a place of worship but a place where the temple holds its most sacred objects.

Jishu Shrine at the entrance to the temple complex. On the very first photo above, it can be seen (look at the pagoda) on its left-hand side behind the main hall.

In most of the more significant temple complexes (the exceptions I remember was the Zen Buddhist temples, but I can be wrong), there are stands you can buy and later place different kinds of charms. I suppose this is a way how the temples finance some of their expenses. You can obtain lucky charms in the form of protective amulets (omamori) as well as make wishes by hanging wooden votive plaques (ema) on special stands or discharge misfortune by leaving fortune-telling pieces/rolls of paper in the temple (omikuji).

In Kyomizudera, the part devoted to charms is located behind the main hall. You climb stairs, cross a torii (on the first photo) and find yourself in a world totally different from that in the main hall.

The passage to the ‘charms’ world.

A figure of a god accompanied by a rabbit, his guardian, and messenger. Behind the rabbit, a stand, where you can live a negative reading you obtained in the temple so that the rabbit can pass it over to the deity, and the deity takes care of it for you.

Foodstuff offered to deities. The two foxes are the messengers, who will pass over your message or gratitude to them.

The purifying facility. You take a kind of wooden spoon (see pictures), hold it in the right hand, and pour water onto your left hand, then the other way round. Keeping water in hand, you can also rinse your mouth. (For hygienic purposes, it is forbidden to take the spoon directly to your mouth.)

Luck charms and votive plaques in the temple shop.

A young Japanese hanging ema on a special stand. What or whom was she thinking of? 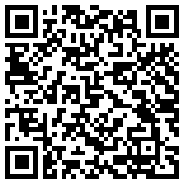