James Cook, a British sailor, and cartographer is known for his discoveries in the Pacific Ocean. He was actually the second European to discover New Zealand after Abel Tasman did it as the first in 1642. He was, however, the one who precisely cartographed the New Zealand coastline. He also confirmed that New Zealand was barely the big continent that was expected to be found in the Southern hemisphere. He cartographed New Zealand 2400 miles coastline during his first Pacific journey as for five months between October 1769 and March 1770, he circumvented the New Zealand islands.

He approached New Zealand from the East after he finished a scientific mission of observing the Venus transit across the Sun from over the Pacific ocean on Tahiti. First, he circumvented the North Island from the North and continued alongside South Island West coastline heading South. Further, he sailed alongside the East coastline of the South Island and left through a strait separating the two islands heading later to Australia (that time called New Holland) through the waters of the Tasman Sea. The channel between the islands, which he discovered was named after him as the James Cook strait. A couple of weeks earlier, he also found another strait between the South Island and another island (Stewart Island) located to its South. For military and other strategic reasons, he did not include it in the official maps he drew.

Although very precise in their work, Cook and his sailors missed twice the Southwest entry to the Southern Island through a fjord called today the Milford Sound. Even if you are quite close to its entrance (from the Tasman Sea separating New Zealand from Australia), the high mountainsides of the fjord optically overlap the way that you would not say that there is a water passage between the mountains that leads 15 km deep into the island. You can clearly see that optical distortion from the tourist ships that sail today alongside the Milford Sound there and back (compare photos below). Cook was afraid to sail too close to the coastline for the rocky coast would be dangerous for his ship at changing wind conditions. From away, it was hence impossible for his crew to spot the passage. The steep mountains of the Milford Sound that often exceed the 1000 m height contribute vitally to the optical distortion. The passage was, of course, already used by the native Maori, who mastered its tidal patterns. The first Western sailor, who entered the Milford Sound from the Tasman Sea was John Grono in the early XIX century.

The strait on approach from the Tasman Sea. You can see one mountain formation beyond another. The photo even got two-dimensional. In fact, between the first mountain and the second one, there is one of the Milford Sound narrow straits, but the actual entry into the Southern island is behind a curve that turns left. From the sea, it seems to be just a bay. The sailors of the Cook expedition missed it several times as they were looking for comfortable entry into the Southern Island approaching New Zealand from the West.

Inside the Milford Sound. View already inside the fjord on approach from the Tasman Sea. 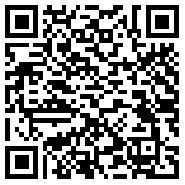