Mont St. Michel and St. Michel Abbey. Located in Normandy, one of the most famous European buildings. Being of interest as well for its unusual location on a tidal island. Or the other way round. The whole structure, the fortifications, the monastery, and the small village at its foot were erected there because of the unusual location. Hardly accessible at high tide the Mont St. Michel has a fleur of seclusion but simultaneously has always been a very well defendable spot.

The internet resources say that around three million people are visiting this place yearly. This means that on average, about eight thousand people visit it daily. Supposing that the crowds are bigger in summer vacation months, we quite quickly get at more than ten thousand a day. As there is only one way in and out, currently a newly (2014) constructed bridge serviced by shuttle buses (from a parking place 2.5 km away), at first sight, you see the crowds. But the island consists of a small village with a couple of narrow streets, fortifications and many chambers or halls on different levels in the monastery itself. In most parts of the abbey, you can move freely inside. I do not think you can get lost there, but still, it seems a bit like a maze. This is why there are always people around you, but you do not feel the crowds like in other very famous spots in Europe.

For the most part, the buildings of the Mont St. Michel are thousand-year-old, with many elements in a Roman style. As through history much happened, the buildings were reconstructed and rebuild a couple of times, some other styles appear, too. From outside you may have the impression the structure is very coherent, but inside you can easily see the additions.

In the mid-first millennium, it is said there was some monastic life at this place (that time called Mont Tombe). But in 709 the Archangel Michael appeared to a bishop and asked him to build in this place a church in his name. For anybody, who sometimes travels Europe for sightseeing purposes this will not be the first time as he or she hears of a building erected for this saint or renamed with his name. To explain shortly, St. Michael or Archangel Michael is a figure recognized in several religious systems. In Christianity, he is one of the archangels (usually three or seven, depending on the religion), probably the most important one. He is often presented with a sword for he is the commander of God’s army. Sometimes it is a balance, for he is the one, who decides a person’s fate after death, sending them to heaven or hell. In the early ages, the archangel was told to appear to people (important people) and ask them to build churches or monasteries in his name. Another prominent example of a famous building with this name is Castel Sant Angelo in Rome. It was initially named in honor of the emperor Hadrian, but the name was changed to Sant Angelo as St. Michael appeared to one of the popes. On the picture a statue of Archangel Michael located on top of another famous church in Europe – the Sacre Coeur Basilica in Paris.

In the early years, for different reasons, much money was flowing into the monastery not only from pilgrims but also from nobility and princes living around. Even Rollo, the Viking pirate who raided Normandy and first devastated some of the original buildings, after his conversion to Christianity (>>>), took care of this place and financially supported the community. The monastery was thus a very affluent one, sponsoring some other communities devoted to St. Michael. The monks were no longer living the life of monks rather enjoying life than enduring the austerities of the monastic life. But all the right things end. A prince invited Benedictines to St. Michel and ordered resident monks to either leave the place or join the Benedictine order. Benedictines, in turn, was an order following fixed daily rules around prayer and work … (>>>). The monastic life returned to St. Michel.

With time some countries started to dissolve monasteries, the reformation wave came to Western Europe, fewer and fewer monks stayed at St. Michel. The seclusion of this place was rediscovered by French kings, who used it as a prison. Primarily from the XV century, it was only the part of the monastery. Later on, during the French revolution and the Napoleonic times, it was serving solely as a prison for political opponents, mainly priests and other clergies. In the late XIX, the buildings were finally acknowledged as a historical monument. The prison was dissolved, all the damage repaired. The monastery life came back to this place only for a short period to commemorate the 1000th anniversary of establishing the Benedictine community. Today, it is said that only 30-40 people, including several monks and nuns, are residents to this place. But, as the island has its own hotel and restaurant base, also some other people may stay the night. But still, it is few in comparison to the crowds, who visit this place on daytime and low tide.

Below some other photographs of the monastery and the village. 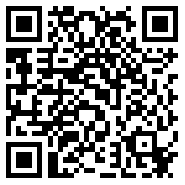