You enter a famous building, enjoy the architecture, shoot the art pieces that are inside, but because of time constraints (there are so many places to visit), you do not put attention to details. But making photographs has the advantage that you can come back to them later and study.

Yesterday I was reviewing photos I made in the Pantheon of Paris >>>. As I entered the building, I remember I noticed a monument in front of me in the very back of the interior. Naturally a bit later, I came closer to it to take some shots. But following our guide to the door of the crypt on the left-hand side of the monument, I noticed a fresco of a battle just behind it. I am used to frescoes of earlier ages showing mythology or religious scenes. But a horse charge painted directly on a wall was a bit unusual. So, quickly, I made some shots. I almost lost our guide’s voice in my earpiece, thus not giving too much thought to it all I hurried downstairs to the crypts to join the others. (On the photo a general view onto the Pantheon interior. Look straight forward onto the wall behind the monument.)

The fresco, a triptyque, is called Vers la Gloire (English: Forward Glory). It was painted by Jean Baptiste Édouard Detaille, a French painter known for his detailed military paintings. Having designed his paintings, he utilized original military uniforms and accessories of the Epoque. Wikipedia says that it was painted 1902-1905. However, in the resources of the Library of Congress, I found two photos dated 1890 showing this fresco, one with a statue of Jeanne d’Arc ahead of it. (Seemingly the statue was replaced later with the monument).

Making the photo, I was not thinking of close-ups. But still making cut-outs was possible on the computer.

I was not able to find any information on whether this mural reflects any specific battle. Still, it is showing a horse charge in times of Napoleonic wars (>>>). 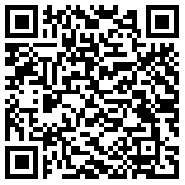