Travelling around Podlasie, we decided to go to Białystok for one day. Białystok is not only the capital of Podlasie but also the largest city in north-eastern Poland. We focused on the Branicki Palace, went out through the park from its back side, further turned right, where we walked around the Old Town, and for a few moments, we entered the Basilica, which is located between the old town and the palace, closer to the front of the palace.

The arch cathedral basilica of the Assumption of the Blessed Virgin Mary in Białystok consists of two interconnected church buildings: the old Late Renaissance (from the beginning of the 17th century) and the new Neo-Gothic (from the beginning of the 20th century). The renaissance church looks like the left wing of the Neo-Gothic church. The first photo shows a small fragment of it. I took my photos in however the interior of the Neo-Gothic church.

The Neo-Gothic church is a three-nave structure with a single-nave transept, arranged like the Latin cross. It is 90 m long and 72.5 m high (counting in the towers). Below, yo can see photos of the Neo-Gothic facade and photos taken in the main nave with a view of the main altar and the organ. Let’s also pay attention to the beautiful floor.

The main altar is dated 1915 and made in the Neo-Gothic cabinet style. It is made of oak wood, varnished and polished. The linden wood was used for figures. Some elements have a golden ducat cover. The apostles are shown in the lower level. Above it, the main scene is about the Assumption of the Blessed Virgin Mary. Higher we see the image of the Holy Trinity: God the Father, the Son of God and the Holy Spirit. Finally, on the wings of the altar, we see four scenes from Mary’s life. In the upper left section, the archangel Gabriel appears to Mary), and the upper right section shows St. Anna welcoming Mary. In the lower-left section, we see the Christmas nativity scene; in the lower right section, a priest is holding the Baby Jesus. 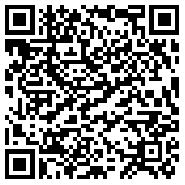