While inside, you might have thought it was eternal. And it is. But on Monday night it was a devastating moment to watch it burn.

Somehow I heard the bad news around eight or nine in the evening. The spire was already collapsed and the fire quite extensive.

Today we live in the world, where news travels fast. The disaster was of that importance that basically all major TV stations around Europe and in the US (I cannot say anything about the other continents) were broadcasting live pictures till very late night hours. Changing channels you were able to observe the rescue efforts. They were extensive and made a modern way.

First I was thinking, how it was possible in the modern world that a fire like that appeared at all. I was sitting paralyzed in front of the TV set wondering whether I would be able to see the interior yet again in my lifetime. But later in the night and in the morning I was glad to see how professionally the rescue was carried out.

As I started to follow, the rescue efforts, the flames were already in the North belfry. The news was, it might collapse as well. Temperature changes might have caused changes in the stone and in the binding material. Unbelievable. But shortly after a communique – the fire in the belfry was contained. Soon after, you could have seen red and white lights pointing into its interior. One of the broadcasting stations made a close-up. At that moment, I realized, there were firefighters inside, who scanned the belfry with a night vision device, probably equipped with a temperature detector as well. The other doused indicated spots with a stream of water to cool the stone construction slowly down. You could also have seen firefighters on ladders quite close to the top of the cathedral dousing its interior with water at several points.

Another communique was, much of the treasures had been carried out of the building. They had been deposited in a safe place.

The next morning, the firefighters published first photos and films of the interior. It was quite a relief. If candles were still burning in the back of the cathedral and many candles around the altar seemed to be untouched, it was clear the temperatures down inside were not as high as expected. Robots doused streams of water on the hot debris on the floor. The action was to contain the fire but also to cool the air down. If candles were intact, the stained glass windows were probably intact as well as paintings that were not possible to be removed under fire. Most of the damage would be because of the roof debris that had fallen down and of water used in action.

It seems still impossible to avoid fires in the very old buildings today. Yet the modern equipment and technology allow containing fires in a way that would be impossible even ten or twenty years ago.

The reconstruction will also not last for years as it used to be in the past. If you travel to Europe, visit the cathedrals, often you are told how difficult it was to rebuild a cathedral after a fire or warfare. Today, at least in the case of Notre Dame funding seems not to be a problem. Already hundreds of millions of Euros had been raised or declared. The main stone structure of the cathedral will be scanned and put into the mathematical models. Computers will do the math. This will not be trial and error as it used to be done in the past. To reconstruct the roof for sure modern materials will be used as we know already the oak beams replacement is not possible. Oakwood is rare, takes much time to grow, and the grown-up trees are mostly under protection. The reconstruction of the ceiling will arise some problems, for it will have to be reconstructed using the original technology. I wonder only what technique and materials will be used to rebuild the spire. Will it be the exact reflection of the old one or will it get some modern architectural touch? The bottleneck will be the expert labor. Specialists able to reconstruct pieces of art will probably have to come from all over Europe or even other continents. They will have to remove the damage caused by fire and water, as well as mechanical damage. Many working hours will be needed to remove smoke black from the stone facade outside and inside the cathedral. The laser technique will be used. It is precise but takes many but many working hours.

I have my doubts, whether the five-year timeline will be kept as the French President declares. Still, I think less than ten years will be needed to do the work. The Notre Dame will be rebuilt, and the interior reconstructed as it used to be many times before. It is hoped that most of us will be able to visit it yet again in the lifetime.

But today and for years to come, hopefully only a couple of years, this is just memories. 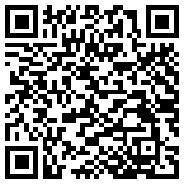