The Martyrs’ square in Brussels and the Patria monument are the burial site of 467 people, who died during fights for Belgian independence. A short gun revolution started after an opera performance held in Théâtre Royal de la Monnaie in August 1830, 25th. The uprising lasted around one month. Most of those people were killed during street fights that took place on 23-26th September 1830. A new Belgian government was established on the 26th of September under a ceasefire. Independence was proclaimed on the 5th of October.

Théâtre Royal de la Monnaie in Brussels, where the Belgian revolution of 1830 started. The theatre is located five minutes of walk from the Martyrs’ square.

The independence was regained from the Kingdom of the Netherlands (unofficially the United Kingdom of the Netherlands). The Dutch Orange-Nassau House was given the present Belgian territories after the Congress of Vienna in 1815. Before the Dutch rule, Belgians were under Spanish and the Austrian rule (XVII-XVIII centuries), and later after the French revolution and during the Napoleonic wars, they were included in the French Republic. Congress of Vienna was held after the Napoleonic wars and was the first pan-European peace agreement that divided Europe among its most significant powers (>>>). That time the Belgian interests were not taken into account. But still, independence came 15 years later.

The statue at the top of the Patria monument is symbolizing the motherland (otherwise from Latin – Patria) stepping on the chains of oppression.

The Pro Patria monument and reliefs at its base. 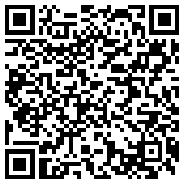