Still, I remember the times of photographic films. You had 36 shots, did not see the outcome. There was no automatic mode in a camera. Enhancing was non-existent for most of us. Only photographers knew how to retouch a picture. I remember the practice of asking people to take a photo of me with a famous building or a view behind it. To memorize a place, it was quite practical to buy postcards. You never knew, what would get off a shot you just made.  All photographs were printed, and some selected ones carefully put into a photo album. There was no internet, so after a visit to a foreign county, photos were shown to friends and relatives.

I was given my first camera (the films were black and white) as I was twelve and spent some time in North Africa. I liked the photos I made. Still, I have some prints, but the films got lost.

(On the picture: me and my first camera in the mid-eighties. The photo was taken in ancient Roman ruins of Sabratha or Leptis Magna, Tripolitania, North Africa. (I sincerely hope that with all the war around in Lybian territory they are still intact). It is a scan of an old bias. I had to put a filter to cover color inconsistencies.

The same happened with the photos I made as I was in my twenties. That time I was studying, and later making my Ph.D. I had more time to spare for traveling than today, but enough money to afford to go by coach across Europe there and back. (There were no low-cost carriers that time). I scanned some of the old photos, but the quality is, of course not comparable to that of what we have today. Still, I have the original prints however in photo albums of that time.

Today all changed. You can take the view you want many times. You see the picture as you make it. You can see what you did for a second or two, and so on and so on. Some people still print the best pictures. Some make only pictures of themselves (not counting in selfies), saying they can find everything else they saw on the internet. I belong to those who do not like to have too many things around, so I keep only electronic versions, however in two or three copies.

As the new technique appeared, I made many photos, selected them, made little enhancing, and that was all. Virtual memories, no tangibles.

(On the second photo: about 15 years later (2001); me making a shot of a friend with her new digital camera; somewhere in Southern Sweden).

But, there was a moment I stopped taking photos at all, as I would have a five or six years gap in my life. Not that I did not have an occasion. I traveled much at that time, but it was mostly Europe, and I visited the same cities or places repeatedly. For more than a year I even kept two regular apartments in two countries and 2000 km distance one from another. I did not have a need, or maybe I did not understand the overwhelming possibilities of the digital world. But three years ago I went on a trip to Portugal and caught myself in erasing all music from a card on my cell phone to make space for photos. Although I did more than a thousand shots, I did not like the quality of most of them. But still, with a bit of photoshopping, I selected a quite decent number. So, no regrets.

My first selfie with a cellphone (2014); Cabo da Roca, Portugal

But I decided to do something about it. I did not want to invest in a camera as I had no idea of photography. But I decided to exchange all the miles I had for the best compact camera I could afford in exchange for them. Using automatic modus, I traveled to Poland, England, and Scotland. Ending the travel season went to Rome for a couple of days. I managed to also take some time for shots while being on a business trip to Brussels. At the end of the year, I landed at something like eight thousand shots. I saved all originals, made a copy, and worked on all the photos, cutting out those I did not like. Quite a Benedictine work. I put some of the shots I wanted on Facebook visible only for selected friends. Of course, some likes came in. But still, it was ‘see, like and discard’ process. I gave a try with making photos public on Google. That time I went through some trouble at work (managing people might be emotionally tricky from time to time), so I needed a distraction. For a moment, I even got addicted to streaming.

But there was something good about it. Out of the blue, I decided to take a course in photography. For the first time in my life, I heard of and understood the interdependence between ISO, aperture, and exposition, not counting in the photo enhancing rules. The outcome – I bought me another camera, still a compact one, but with much better parameters than the previous one and went with photographers on tour to Japan. I the meantime, in a spur of a moment, I decided to open this blog and made it my primary tool to sort out my travel and leisure time photos. As for a couple of years, I managed a website of my Institute at a university, I had the advantage of knowing how to arrange the content. So it went relatively quickly.

Today, I no longer show my photos to friends or family in a traditional way. But each time they ask for, no matter the place, I can quickly browse them from the Internet.

My first deliberate and successful shot into the sun; Golden Pavilion, Kyoto, Japan. One of my favorite shots from Japan; only slightly cut, bit enhanced but with right ISO parameters, it was possible, even if made initially as jpg.

But there was still the problem of making too many shots. To be frank, I cannot resist, and this is fun, so why to stop. But with time, and following the advice of a professional photographer, I keep of course the originals but select the shots I like and copy them to another folder. Only then, I start processing (cutting and photoshopping, if necessary). It saves time and effort. I think I changed the system last year in autumn as I was twice in Brussels. I had not too much time for processing, but I wanted to quickly publish the shots. (On the photo below: Statue of Bela Bartok, a Hungarian musician, and composer, Brussels; my favorite photo made there last year; bit cut, with a filter, only standard enhancing)

Processing photos and writing posts turned somehow into a hobby of mine. It is not taking too much effort but enough to help me to rest on busy or rainy days. I have all the memories sorted out, in a totally different way as in a traditional photo album, but it works for me. I also think that it was a good idea to make it public. Making public requires completing, even if this is step by step. These days I finally finished my selection of shots I did in October 2015 in Rome (ups!). Still, there are some comments to write about. (Nevertheless, it is time for a new trip – already finished my reservations for Madrid.)

What is more, it is fun to share with others. Looking for information, on various things from cooking to historical notes, I often read entries by bloggers from all over the world. Participating in the network is common sense. And, seeing people practically from all continents go through my photographs and entries, sometimes staying for a longer time and returning, is a nice feeling.

But thinking of the way of making photos in past times, and films that got lost in the meantime, I ask myself what would happen with shots and comments that I do today. Would they survive, as some old photographs of our families and of places that were done a century ago? Would somebody use them in the future to understand the way we were living today? Or will all of those shots we make and publish on social media, blogs or stored in our computers, or external memory disks, just disappear with an electromagnetic wave? Or, what will be the next generation technique of recalling memories?  We shall see …

The Notre Dame of Paris; a shot made last month; bit straightened and cut with only standard enhancing applied; possible only with better ISO parameters; automatic mode. 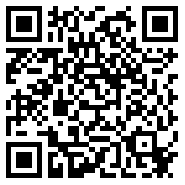