Some time ago, we made us on a trip to visit Normandy and Brittany (Northern France). Besides sightseeing some prominent sites on a must-see list, our journey was about slowing down and walking the streets of picturesque historic towns and villages as well taking time to enjoy local specialties.

One of the spots on our itinerary was Locronan, a small historical village located in the Western part of the French Brittany. Unlike many historical places in this part of Europe, where carefully refurbished medieval buildings mix with modern shop windows and well-frequented elegant restaurants, Locronan seems to be somehow stuck in the past.

We visited this place on a rainy summer day. With only a few tourists walking the streets on that day, the site seemed to be like asleep. The village is quite small, with only a couple of main streets that all lead to the main square. The old houses built of granite stones are surrounded by much greenery often rooted or growing directly through walls. In side-streets, you can see one or two ruined properties left as they were by the owners but carefully taken care of by nature. Forgotten but somehow beautiful.

There are plenty of small restaurants in the village, but you will barely find there bigger shops. Only boutiques and craft workshops. It is said, only about eight hundred people inhabit this place. For a moment we talked to an old lady sitting in the window watching her beautiful garden growing in the rain. The life seemed to be very quiet and slow in Locronan on that day.

But you can clearly see that in the past it probably was a thriving spot. Indeed, for years Locronan was famous for its hemp fields, of which the local weavers produced sails and ropes. The place is located around twenty-five kilometers away from the sea. Besides traders, it was as well frequented by sailors in need to replace their equipment. The village was also a pilgrimage center. The legend says that it was a spot of seclusion for an Irish hermit Saint Ronan in the VI century. Hence, many donations had been through ages flowing into the village. The local Gothic cathedral is on the must-see list while on site.

The village consists of houses almost entirely built in past ages, mostly in XVII or XVIII century. Since the early XX century, Locronan heritage is protected by law, and any additions must respect the historical character of the village. The place is listed as one of the most beautiful villages in France. 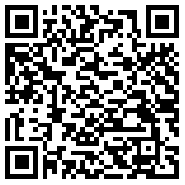