Last year while on vacation sightseeing in England and Scotland, I finished my UK journey at the Sr. Pancras International station. Having some time before my flight home I walked this place around inside and outside (>>>). As I realized it neighbors the Kings Cross station I went to look for the Platform 9 3/4 that I finally found (>>>). At St. Pancras I watched people getting out of the Eurostar train, that one connecting directly London and Paris. I had a thought to take this train someday.

This year we went sightseeing in Normandy and Brittany (Northern France). As I had to leave my company earlier I had to think of an airport to come back home. From an outer perspective it may seem a bit weird (there are closer airports in France or in Belgium) but indeed I took my flight home from London. The idea was to take a TGV train (a French high-speed train) to Paris, spend there 24 hours, take the Eurostar train to London, eat something at St. Pancras, visit the Platform 9 3/4 boutique at Kings Cross and take a train to Luton (a cheaper alternative to Heathrow).

St. Pancras International at the Eurostar side. A short explanation for the readers outside Europe: in Europe within the European Union basically you move from country to country without being asked for your ID.  (Due to the terrorist alerts it may happen that border forces ask for the IDs at some places). The exception, however, is always the border with the UK – Europeans are not asked for passports, but we still have to always show our national IDs. This has nothing to do with the Brexit. The UK was always an exception. So, at St. Pancras the Eurostar area is off-limits to those who did not go through the cross-border control.

To get to the Kings Cross you have to get out the St. Pancras cross a street and a small square. After you enter Kings Cross and see left you can see the real 9 and 10 platforms. It does not look like as in the Harry Potter film – you will not find a wall between 9th and 10th platform.

A real view onto the platforms 9 and 10 at the Kings Cross station.

But looking straight ahead you will see the staged crossing to the 9 3/4. Just look for the most crowded spot. Behind the wall, you will find a real Harry Potter fans’ realm – the Platform 9 3/4 boutique.

On the left (pictures above) the view onto the doors to the boutique. The staged crossing to the Platform 9 3/4 (the picture below) is to the right. For a fee, you can take a photo, but you have to queue.

In comparison to last year, things changed at Kings Cross, however. A small boutique expanded at least four times. The shop attendants told me that it happened before Christmas last year and the crowds of visitors were getting bigger and bigger. You can buy typical fan stuff there, but also wands and the full wardrobe you might need to attend Hogwarts in any of the four houses. Or, you can enter and just have fun for an hour or so. Below some shots of the interior.

And just only to remind you: Dobby is a free elf. 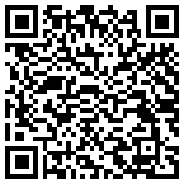