Rome is known for its churches, hundreds of churches. If being there, you can basically devote your whole stay to visit one church after another. I think that most people, who are not true art fans, after five or six churches, basilicas and cathedrals visited in a series are in a state of confusion. Even taking photos, but not using a tracking app, it is easy to get lost. We remember only those churches, which for some reason were different from the others.

The Santa Prassede church located in the neighborhood of the Basilica di Santa Maria Maggiore is one of such places. It is quite small and a bit hidden. Therefore it is not that popular with tourists.

It was commissioned in the IX century by the pope Paschal the Ist and erected upon an older church. It is devoted to the St. Prassede (or Praxedes) and her sister St. Pudentiana. They are told to have taken care of Christian martyrs’ bodies in ancient Rome and provided charitable aid for hunted down Christians. St. Prassede is said to be the daughter of Pudens, a Roman senator, who was supposedly one of the St. Peter’s pupils. It is, however, not a stated fact.

The Santa Prassede interiors represent the so-called Carolingian Renaissance style of VIII and IX centuries, inspired by the Roman Christian art and architecture of the IV century with some influences of the Byzantine style. The Byzantine style art appeared in the Western Europe art of that time as some of Byzantine artists were resident in Carolingian cultural centers.
The church is known among others for its opulent Byzantine mosaics. (To read more details about this place, pieces of art and relics inside follow the link >>>). By the way, the Basilica di Santa Maria Maggiore is considered to be one of the most exceptional Byzantine style interiors in Rome. After visiting both churches, you can imprint the style in your head.

Carolingian Empire was led by Charlemagne (Charles the Great >>>), who was the king of Franks, and his descendants. Geographically, it covered present French, German, Benelux, and Northern Italy territories; so, in fact, current Western Europe. The joint capital cities were Aachen (presently in Germany, for some probably known with is Latin name Aquis Granum) and Rome.

Byzantine Empire covered South-East Europe, some parts of Asia and Africa all around the Mediterranean sea. Its capital was Byzantium or Constantinople that corresponds to present Istanbul in Turkey. 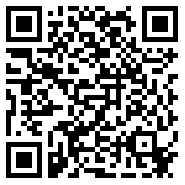