The Rainbow Bridge. Taken from Odaiba, an artificial island in Tokyo Bay, Japan.

The Rainbow Bridge connects Tokyo with the Odaiba island over the Tokyo Bay in Japan. It was opened in 1993 after six years of construction works. The bridge is altogether 798 meters long with a main span of 580 meters. Its towers are illuminated in the night with changing colors: white, red, and green.

Odaiba is an artificial island in Tokyo Bay constructed in the mid-XIX century for defense purposes. It was supposed to stop foreign forces from invading and further dominate Japan. Until that time, the Japanese managed to isolate themselves from any external influence. On the other hand, however, the Americans and other ‘Western’ nations were keen to boost trade relations with Asia. They pressured the Japanese ports to open for the international sea trade. Soon, Japan ended its isolationist foreign policy. Naturally, in the XX century, Odaiba turned to a seaport district. Today, it is mainly a leisure, commercial, and residential center. The redevelopment of the island was commenced in the early eighties. The Rainbow Bridge was a part of this project. It was, however, not enough to attract people and companies to this place. It all changed as an alternative, and shorter route (including a railway connection,  from Tokyo) was built in 2002.

Basically, we were hunting the sunset. It was, however, an excellent occasion to shoot some photos of the bridge itself. 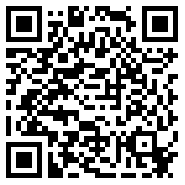