Today morning I had an intention to post a small photo gallery of shots made in Raphael’s Rooms. Raphael’s Rooms is a series of rooms in the Vatican Palace (at present in Musei Vaticani) richly decorated by Raphael with frescoes. Raphael is considered to be one of the great master artists of the Italian Renaissance (together with Michelangelo and Leonardo da Vinci). The frescoes in the Vatican are one of his greatest achievements.

However, instead of presenting a bigger shots gallery from this place, for now, I selected only a small fraction of this masterpiece that unlike many others, is of civic nature. The great artists like Raphael, Michelangelo or later Bernini had a time in their lives when they used to work exclusively for the Church (or Pope). But it does not mean that all of their works focused on the bible, saints or other religious motives.

The picture below shows one of the four walls in one of Raphael’s Rooms. I will not speculate on its size, but for sure, it is bigger than 20 sq meters. It is called the School of Athens. It shows many of the ancient Greece great masterminds of V-IV century BC.

In its center, there are two men engaged in a conversation surrounded by people listening to it. Those two are two great masterminds of the ancient European philosophy – Plato and Aristotle.

Plato (left) and Aristotle (right), two masterminds (or philosophers) of ancient Greece, a painting by Raphael.

A couple of weeks ago, I was attending a lecture on the psychology of teaching and mentoring. Those two together with a third one – Socrates (on the upper photo in a green robe standing back to them), were at the focus of the introductory part.

Socrates was Plato’s mentor. He is often told to be a street-corner philosopher as he had a habit of walking around streets and asking questions to people, questions about virtue of things. Unlike his student Plato, Socrates was however not interested in that what we today call science.

Plato and Aristotle were both thinkers (or philosophers) and scientists. In fact, Plato was the founder of the first academia in the Western world called the School of Athens. Aristotle was his most famous student, but much more versatile in his scientific interests than his mentor and teacher. After twenty years, presumably after Plato’s death, he left the School of Athens and became the tutor to future kings of Macedonia. His first student was Alexander the Great. Back in Athens, Aristotle established another school that was called The Lyceum. 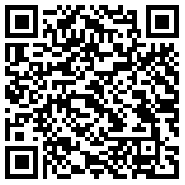