Last year while traveling Normandy and Brittany, we visited the so-called enclos (in English enclosure) shortly in Saint-Thégonnec. Although it was mid-July, the weather was quite rainy. I woke up with a headache. I was not in a mood that day to make many photos and was barely listening to our guide’s explanations. But somehow, in my memories, I strongly associated this place with Easter, and in particular with Good Friday.

I remembered a true size monument presenting the entombment of Christ that was located in the basement of a small chapel (that turned to be an ossuary, that means a burial-place) next to the main church. Hence the association with Good Friday. For readers that are not acquainted with religious practices around Christianity – the Good Friday is the day commemorating the death of Christ. The following days, the Holy Saturday otherwise called Easter Eve and Easter on a Sunday early morning are about the Resurrection. The whole Holy Week, beginning on the Palm Sunday and ending with the Easter Sunday is the major religious event in its importance preceding even Christmas.

The entombment of Christ in the Saint Thegonnac ossuary.

I also noticed another monument located in the main square inside the enclosure (the ring-fenced church area) between the entrance to the church and the ossuary. There were many figures all around the Holy Week at its top and at its base. These were scenes of judgment, passion, crucifixion, and death of Christ. I photographed it only from one side. But in fact, the figures and single scenes were at each side.

Today, looking through internet resources, I realized that this kind of structure (monument, sculpture) is called Calvary. It is typical only for Northern France, Belgium, and Spanish Galicia. The Calvary in Saint-Thégonnec enclose was erected in the early XVII century, some of its figures were hidden by the locals in times of the French revolution, some got lost. It was reconstructed in the XX century.

The base of the Saint-Thégonnec Calvary.

The Saint-Thégonnec enclosure is probably not a mass tourist attraction. But it is a particular and symbolic place, worth to stop for a while. The church (with the name Notre Dame) interior is totally different from the Gothic-style cathedrals and churches that one usually visits in Northern France. It is full of smaller and bigger figures. Of things I found interesting was the wooden ceiling. It was already the second time during our trip that we saw a ceiling like that. (The first time it was the day before in the Mount St. Michel main church and chapels). Below some other of the few photos, I made that day in the Saint-Thégonnec enclosure. 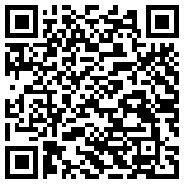