Last Saturday we were visiting the North Eastern Polish region of Podlasie. It is a beautiful spot with almost no modern industry. Just forests, water, small towns and villages. Throughout our journey, I was sitting behind the wheel. The drive was a pleasure. Good roads and beautiful green landscapes.

On the way, we visited some more or less interesting places stopping for an hour or two. This region of Poland used to be a multicultural pot through the ages, with three religious communities coexisting: Catholic, Protestant, Orthodox and Jewish. On our way, besides beautiful green spots, we looked at one or the other site of a religious nature. One of those places was Saint Water, a sanctuary with a water dwell of presumably healing power. To be frank, I had never heard of this place before. But, as we were to decide where to go and where to stop for short sightseeing on foot, my fellows told me of ‘a hill with crosses’. But as we arrived and I took a look onto the hill, it exceeded by far my expectations. The ‘hill with crosses’ turned out to be a sanctuary where people could place a cross for gratitude, offer or prayer intention. It was nothing unusual. On my journeys, I saw a couple of places like that. One covered on this blog was far away in Japan. The idea was the same, only different confessions and different offerings. In Catholic Poland, it is crosses. In Shinto & Buddhist Japan, these were torii >>>.

However, what was astonishing for me was that it was not some idea by one or another fellow to offer a cross that launched the offerings. The place was organised from scratch in 1997 and seemingly well planned in recent years by an outdoor greenery architect. On the premises, you can even find some small Bonsai cut trees. This place has nothing similar to surrounding it forests, where kings came for hunting in old times. I guess after the long suppression by Tsar Russia and long years of Soviet Communism in Poland that ended in 1990, somebody wanted to create a place of pilgrimage in this region. I barely think it is a place truly worth sightseeing. But from a chronicler’s duty, below some pictures of the hill and the sanctuary. 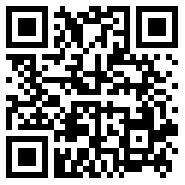