Sightseeing Japanese shrines you may wonder why there are empty sake barrels on display.

During more significant festivities in shrines (the Japanese celebrate many religious festivals), it is customary to drink sake, as a symbolic act of unification with gods. It is also customary that the sake producers donate barrels of sake to the shrine. As only as much sake is ordered as it is needed, some of the producers are asked to donate empty barrels for display purposes. Many shrines display empty barrels, sometimes seasonally, but sometimes permanently.

The ritual around breaking open the wooden lid on the top of the sake barrel is called kagamibiraki. It is often performed during other kinds of festivities, like to celebrate the New Year or during wedding parties. 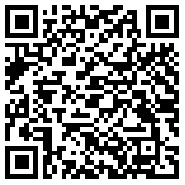