For many English speakers, the word ‘bourse’ would not arise any thought. But many Europeans will quite quickly associate it with exchange trading (commodity or stock trading).

The first official exchange (with written down rules and official building) for commodities and bills of exchange was established in Antwerp in the mid-XVI century. Quite quickly, other European trading centers followed. A half a century later in 1602, the Dutch East India Company issued the first equities that quite quickly were introduced into the Antwerp trading. For further two centuries commodity exchanges also shared securities trading, till around 1800 early pure stock exchanges had been established.

However, the first official exchanges did not emerge from nowhere. In the early middle ages, commodity trading at seasonal fairs was practiced in many European countries from South to North. But only in a few places, the trade was genuinely international. Later on, the so-called entrepot cities emerged where business was thriving all year long. One of the principal harbors that serviced that time the trading routes in Northern Europe was Bruges. (Due to some natural sea movement Bruges lost, however, its position to Antwerp in XVI century). So, merchants from all around Europe met in the city of Bruges to perform their trades.

Quite naturally, the local inns (taverns) were their meeting point. Innkeepers provided food and shelter to foreign merchants, but also warehousing space, commercial credit (even standing surety for their debts) and references. They connected foreigners with buyers or sellers and helped to negotiate deals. One of them was an inn called ‘The Three Purses’.

The restored Van der Beurse family house that replaced the original Three Purses tavern building. The building was sold to the Venetians and became their nation’s house. Although by far, it was not the first and only trading place in medieval Europe, its name is widely used in Europe to describe commodities and securities exchanges.

In front of it, at a little square, local and foreign brokers met to perform their trades. If it was raining, they moved inside. Or, they did so if they wanted to make their trade private. Trading in the opening was that time a condition by the local authorities, who wanted to oversee trade to later collect taxes. Trade was by far, not free in the middle ages. With time the trade took place within preset hours, and no non-traders were allowed to the site while the trading was taking place. The price quotations were displayed on the inn front wall. Soon foreign traders’ representations called ‘nation houses’ emerged in the vicinity of the square. The word ‘purse’ became the synonym for trading. With time the family owning ‘The Three Purses’ tavern changed their name to Van der Beuerse. (‘Beurse’ in Dutch means ‘purse’ in English).

With time, the word purse (beurse) as a synonym for commodities and securities trading spread into many European languages: Börse (German), bolsa (Spanish), Borsa (Italy) and bourse (French). Even the English used the word burse for almost two centuries until it was replaced with ‘exchange‘. 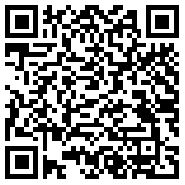