This photo is one of my favorites, from the United Kingdom, from England. I made it while I spent some time at St. Pancras International railway station in London 2015, stuck there while in transit to the Luton airport.

With much time to spare, but not enough to sightsee London, I had plenty of time to spare on a rainy day and make the perfect shot. It was one of those days when you can make a series of shots, go elsewhere, and come back and take photos yet again. Till you have this one in your camera.

The official name of this nine-meter-high bronze statue by Paul Day is ‘The Meeting Place’. It is located directly in front of the Eurostar platform. When you get out of the train and raise your eyes, you can see it well. It is getting closer and closer when you head toward the exit. You have to be observant. Behind it, you can see the magnificent Victorian-style building of the St. Pancras Renaissance London hotel. To be exact, its backside integrated with the main hall of the railway station. But, while you head towards the exit, on the escalator taking you downwards, the statue is … getting out of your sight. From far away, you do not realize, how huge it is. Only when you approach it directly, you have to hold your head upright.

St. Pancras International in London is one of the most beautiful railway stations in Europe. While taking all the photographs there, I had an opportunity to sightsee its every corner inside and outside. The station hosts Eurostar trains on the first-floor platforms, with the entrance on the ground floor. Thameslink connections with underground platforms and high-speed trains at the other side on the ground floor as well. The latter is close to the exit from which you can see another famous London railway station, the King’s Cross station. It is located practically across the street, or to be precise, across a plaza. Trains from there head to some other directions. While there, you might be interested in visiting Platform 9 and ¾ and catch a train to Hogwarts, or at least visit the Platform 9 and ¾ boutique with plenty of souvenirs from the Harry Potter world.

The Meeting Place statue was unveiled during a re-opening ceremony of the station after it was carefully refurbished and adjusted to service the Eurostar trains. Eurostar trains connect London directly with Paris, Brussels, and Amsterdam. Standing at the statue, you can well observe people ascending and descending the trains. Watching people getting in and out, I was thinking to myself, ‘someday maybe’. And … a year later, after a week spent in Brittany and Normandy, I decided to leave my company earlier and come back home via Paris and London, taking, of course, the Eurostar train. Even if counting in additional time for the check-in at Gare du Nord in Paris – even while in the European Union, United Kingdom was beyond the free-travel Schengen area – it was the fastest way to travel between those cities.

On that day, a managed to eat for breakfast in Paris, take some beautiful photos of the Louvre Palace in the early morning light, be on Champs Elysees around noon, come back to my hotel to pick up my bags, and later catch a train to London, arrive in London just in time for lunch, spend some time in the Harry Potter world, take a train to Luton and catch a plane home. After less than 3 hours, I was eating supper with my parents in Warsaw. 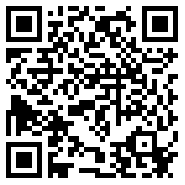