New Zealand is famous for its beautiful landscapes, natural wonders and the well-organized outdoor activities offered to locals and tourists. If you travel from the North to the South and back, you will notice changing landscapes. And by far, New Zealand is not only the overwhelming landscapes that we know from ‘The Lord of the Rings’ or ‘The Hobbit’. It is many more. I have already covered some of the natural wonders we had visited during our New Zealand tour.

Today it is time for the cherry, a spot listed by some as one of the most beautiful tourist destinations worldwide.

It is the Milford Sound or Piopiotahi in native Maori, a fifteen kilometers long fjord located on the West Coast of New Zealand South Island. It is by far not the only place worldwide where we can find a long strait of water surrounded by hills or mountains formed thousands but thousands of years ago by a glacier. Yet the Milford Sound is unique – many of the mountains surrounding it are more than 1,000 meters high. Some even are between 1,200 and 1,500 m. The panorama views are truly impressive, but wait till you approach by a boat an almost vertical wall of one km height. That is really overwhelming!

The very panorama of Milford Sound you can see on many pictures on the internet, seen from the Dale Point located at its end deep in inland. If you want to catch it on a photo, it is advisable to make it in the morning. Afternoon photos would be against the sun. Photo by Pexels.

The Milford Sound starts at the Tasman Sea (the one that divides New Zealand from Australia) and ends at the Dale Point (photo above). The entry from the Tasman Sea, starting at a wide bay, is, in fact, a narrow strait located behind a mountain to its left. It is that hidden that during the first European expeditions to New Zealand, it was overlooked many times by the sailors. The high mountainsides of the fjord optically overlap the way, that from away you would not say that there is a water passage between the mountains that leads fifteen km deep into the island.

The inland way to the Milford Sounds starts in Te-Anau, a small city located at an azure-water lake.

There are several viewpoints at which you can stop on the way. The first one is the Mirror Lakes. Their clear water and light conditions above them give back a clear reflection of the surrounding mountains in the water mirror. Hence, their name. The Mirror Lakes are relatively small. You can look at them from a catwalk made for visitors that is densely surrounded by bushes. Making ‘clean’ photos is not possible. But still, the lakes are an eye-catcher. A place worth to stop, with only a short approach time of several minutes from the roadside car park.

We had been there twice, once on approach to the Milford Sound, the other time as we were leaving the area the next day in the early morning. As the surrounding mountains were ahead on the rising sun, we saw the orange mountain peaks in the lake mirrors. An outstanding view, by far not reflected by photos we made.

Mirror lakes, a real eye-catcher on the way from Te-Anau to Milford Sound. In the last photo, Mirror Lakes in the early morning sun at 7.00, maybe 8.00 am. Watch the orange mountain peaks reflected in the water and behind the bushes the morning fog over the wet fields of the Te-Anau region.

The other stop was at the entry to the Hommer Tunnel, on the only paved road in and out the Milford Sound. The place is known not only for outstanding mountain views but also for magnificent waterfalls at its left-hand side. The viewpoint, as we visited it, was full of tourists. We saw the whole waterfall from the roadside. But we did not take time to approach it at the close. This would be maybe a quarter there and back. I realized how huge the waterfall was only back home while processing photos and comparing its size with the size of people standing below.

The waterfall. On the first photo, a closeup.

A real highlight of the Milford Sound stay is a boat ride alongside Milford Sound fjord. These are two-hours of splendid views on the way there and back to the Tasman Sea. You can also make the same route kayaking. If you want to make the whole route, you must be, however, quite fit physically. Yet another alternative is a helicopter flight over the Milford Sound and the mountains surrounding the fjord.

Milford Sound seen from the Dale Point quay, where we started our boat trip and later inside the fjord.  The last photo is a view onto the Tasman Sea.

For a moment, our boat was accompanied by a herd of dolphins. It was like in the movies. Five or six of them, maybe more, were jumping over the water alongside our ship accompanying us for a mile or more. Gorgeous they were. But challenging to catch on a photo.

The boat trip was organized to provide visitors with more than only a boat ride experience. Each time something was interesting to see at the coastline, a guide was explaining it using a loudspeaker. You could have heard him even through the loud humming of waters while standing on the stern. The boat driver often approached the coastline and stopped for a moment to allow us to make pictures at the close.

During the boat ride, we saw numerous waterfalls. You could have seen with your naked eye multiple rainbows that formed around the falling waters. Milford Sound waterfalls are either steady ones (at least two of them), or they emerge after heavy rains. As the mountains surrounding the fjord are very high, the Milford Sound count to the highest waterfalls worldwide. The boat driver approached a couple of times waterfalls putting the stern midst the falling streams of water and let those willing to do so shower under a rainbow. One kind of experience, indeed. The fun was outstanding.

A shower under a rainbow in waterfall waters.

I made numerous photos while on the boat. But only a few of them got right. Milford Sound is beautiful, but like many other beautiful spots in New Zealand, it is not photogenic, unless you are lucky to get the proper sunlight conditions. I needed much enhancing to make them look as they look like. Still, the result is absolutely not reflecting the experience of being inside a fjord with some mountain walls of one-kilometer height or higher.

Coming to Milford Sound you must make a decision, whether you want to stay there at one of the numerous official or wild camping sites or you want to stay at Te-Anau. A night-in-a-tent experience midst of beautiful landscapes is always quite lovely. But in Milford Sound, it can quickly turn into something exhausting. The place is known for frequent and heavy precipitation. It is raining there for at least three hundred days a year. The rain is sometimes so intense that water streams and waterfalls just emerge seemingly out of nothing. So you may find yourself under a tent with streams of water around you or waking up in a deep wet frog instead of in warm morning sun. There is always a possibility to spend a night at one of the cottages offered for rent close to Milford Sound or within less than one-hour ride from the fjord. Yet, the supply is minimal. If you want to do so, you need to book it in an extended advance.

For some different reasons than the rain, our overnight stay there was not a pleasant one. Still, I must say that as I found myself waking up at around 2 am in a forest under a deep dark blue sky with thousands of stars shining at the full glace and was walking alone at the sleeping camping side for a long moment, the feeling was genuinely great even that I was on a fever with lack of good night sleep for a couple of consecutive nights. As besides harmless possums, there are no dangerous animals in New Zealand, I could have still enjoyed the surroundings in relative comfort. Still, with less than two-hour ride from T-Anau, I would prefer to make ourselves a long evening with a barbecue but again, come back to T-Anau to stay overnight. New Zealand has much too offer. Being tired of an overnight stay can only spoil a journey.

The morning frog in the Te-Anau area

There is still yet another alternative for a stay in Milford Sound. These are trekking paths in the Milford Sound mountains that you can take for three or five days (the routes are defined by the authorities). It is not allowed to camp freely there. All tourists staying the night are obliged to use official shelters. The number of beds is limited. You must make reservations ahead to be allowed to enter. The living conditions are quite spartan ones, but in return, you get the authentic nature experience under a shelter that protects you from the rain. Trekking in Milford Sound mountains is allowed only in the Summer season. In wintertime, some of the facilities, including bridge passages, are disassembled.

Some other hints: Milford Sound is a reservation with no or very weak Internet access. Also, phones may not function even close to a road. Staying there for a longer time, you must be prepared for that. Flying drones to make photos is allowed only under a permit, that you can get in Te-Anau at the latest. If you are already in the reservation, there is no spot you can apply for. It is neither at the Dale Point. The reservation guards are very efficient in spotting drones. Already close to Milford Sound, we saw two guys flying a drone for a short moment. But out of the blue, two guards appeared asking them for a permit. Ultimately, a fine was charged. 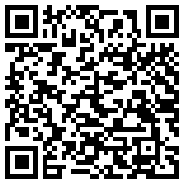