After a couple of quite mild days in North Norway with only a few Centigrades below zero, now it is the second day with temperatures below 15°C. So we decided to visit Tromso, the biggest city on the European continent beyond the Polar Circle. We already had been there for New Year’s Eve. But that time we were more concentrated on Polar Lights. The city climate is a bit different than of other locations we visited in the past week as Tromso lies under the warming effect of the Gulf Stream. With only -5°C, we had perfect conditions to make more photos.

A photo gallery on Norway >>> 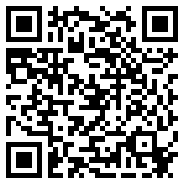