Two thousand years ago, a tribe called Vandals originating somewhere in the Southern Scandinavia took a long road South, and after years of being pushed by enemy forces here and there finally stopped in Northern Africa. In the V century, they seized the eternal city and looted or destroyed some of the heritage of ancient Rome. Today the historians are no longer convinced of the latter. But in the international vocabulary, a vandal is someone who destroys or damages things of value. Those may be things of monetary value as well as of historical significance.

Traveling the world here and there, we hear of cases of damage or destruction of things of religious or historical value (or both) because they were no longer politically correct. (A modern word, but describing the issue well.) A kind of revolutionary vandalism.

On our last year’s trip to Japan, we heard of cases when the whole castle complexes were destroyed or severely damaged during the so-called Meiji restoration only because they belonged or were erected by the shogunate. Meiji restoration describes the period in Japanese history, when the emperor, after years of being only a symbolic figure preceded by militaries (shoguns) who effectively ruled the country, took back the main power. Today, the Japanese government puts much effort and funds to restore those historic buildings that were not entirely destroyed. One of them is the imposing Himeji castle >>>.

The Himeji castle, a white castle on a hill. Although a shogun never lived there, through years of Japanese history, it belonged to the Japanese militaries. In the Meiji period, it did not share the fate of some other shogunate castles that had been entirely destroyed. A prominent Japanese colonel put much personal effort into preserving it. Today the castle is one of the three most important Japanese castles with national heritage status.

The first time I realized the scale of the revolutionary vandalism in Europe was as I spent some time in the German city of Muenster. For a long time, I was convinced that the local cathedral was a Protestant one. My reasoning was simple. The Protestant churches are more austere than the Catholic ones. You will not see there some of the iconography specific for the Catholic religion. The interior was for me too modest to be of a Catholic cathedral. I was wrong. The shortage of objects I missed inside was quickly explained to me by my German colleagues.

In the XVI century, as the wave of reformation went through Western Europe, the city that was traditionally Catholic was seized by an Anabaptist sect. They burned most of the objects of the Catholic symbolism (and many other objects and books of historical value). The city inhabitants finally (quite brutally) got rid of the sect leaders, but the damage was irreparable.

The Muenster cathedral. Much of its interior decorations was devastated and burned by an Anabaptist sect that seized the city.

Another and a very prominent example is the famous Notre Dame of Paris >>> that was once devastated by Huguenots (Calvinists) acting on the wave of the European reformation. The second wave of destruction came with the French revolution.

The interior of the famous Notre Dame of Paris (still before the April fire >>>). Some damage was brought to it by the World War II operations, but not as much as the damage incurred in times of the European reformation and later the French revolution. The reconstruction of the damage by the French authorities took years and many funds. Talking the WWII damage, it is worth to know, that besides some exceptions like the bombing of the historic city of Dresden in Germany, the allied anti-Nazi forces with time learned to avoid the bombardment of places of historical value.

Of other approaches towards buildings that were no longer politically correct, but of practical value, I have heard about while traveling Europe was the practice of turning them into prisons. That what was not done by reformatory and revolutionaries was done by the prisoners (like at the Mont St. Michel monastery in France >>> or the Durham cathedral in England >>>). Funds were ultimately raised to repair the damage. Today, both are on international heritage lists and are attracting tourists from all over the world.

The interior of the Durham cathedral in England. Much damage was incurred to it in times as it served prison for Scottish fighters, who were held there in rough and humiliating conditions. Today, the place is on the absolutely must-see list in England.

But yet another practice was widespread among, let us say more subtle revolutionaries, that if we put proper attention, we can see while sightseeing in Europe. I knew of the practice, but the details I usually discovered when processing the shots back home. The practice is beheading figures that were no longer politically correct. A decapitated figure of a saint is no longer a saint. A similar practice was castration of male statues like the one ordered by one of the popes in the Vatican (in Angels and Daemons, Robert Langdon calls it ‘the great castration’). This kind of damage is often not repaired by the authorities. But at least we can realize that the practice of destruction of that what belonged to the past took place. Watching this from today’s perspective, we know, although some reasoning was behind it, revolutionary vandalism was, by definition, false.

A wooden door of the Gothic cathedral in French Beauvais >>>. The reliefs are still intact, but the heads of some figures were cut off.

A relief on a tomb carved in the Manueline style (late Portuguese Gothic >>>) that can be admired in the Alcobaca Monastery in Portugal >>>. The tombs are genuine pieces of art. But if we look closely, we can see hat most of the figures had been beheaded.

A stained glass I photographed in one of the chapels of the York Minster in England >>>. The face of the figure left was removed. The only one intact is the one on the right-hand side. The beheading took place as England changed from Catholicism to Anglicanism.

And yet another example. Sightseeing in Rome, we are often told by the guides that through ages using old artifacts as a source of building materials was a common practice in Rome. But sometimes, these were not just building materials. Visiting the Pantheon, we focus simply on its great decorations. But something is missing. These are the bronze reliefs that once decorated the ceiling of the dome. Some time ago (during the reign of Pope Urban VIII) these together with bronze adorning, which covered the columns and roof of the Portico, were cut out, melted and used to build canons for the Castel Sant’Angelo as well as the Baldachin above St Peter’s tomb in St Peter’s Basilica (by Bernini).

The Pantheon of Rome. Looking up, we barely expect that some time ago, the dome was stripped of bronze reliefs.

Watching international news, we hear of people, who in the name of an ideology, destroy artifacts of past times because they are not in line with their value system. Sill in the XXI century the history is repeating itself, although many nations worldwide went through the practice but ultimately put much effort into that what was possible to repair. 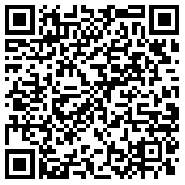