Villa Borghese Pinciana is a palace in Rome hosting an imposing gallery of arts. The villa, or to be exact – a mansion, does not look very impressive from the outside. However, besides the numerous pieces of art, which can be admired inside, the villa is a real eye-catcher in itself with its richly decorated interiors (>>>).

The most opulent one of its large halls (there are at least three of them inside) is probably the so-called Emperor’s Room. It is a very spacious hall with walls almost entirely plastered with colorful marble pieces accompanied with numerous reliefs and golden leaves. It is decorated with sculptures and busts as well as by decorative marble tables. Midst of the hall you can admire the ‘Rape of Persephone’ a sculpture by Gianlorenzo Bernini >>>).

By entering the Emperors’ Room, the first association you would have is, it looks like if it was in ancient Rome. (Probably). It is a kind of Roman opulence that it is difficult to find in other European countries. Only Italy was rich in marble, and heavy marble was difficult to transport in past times. (But not impossible for the rich and wealthy >>>). Besides, through years, Rome has developed a kind of second-hand market for building materials. Demolishing an old building often meant taking out the good stuff to install it elsewhere. In Rome, many buildings were redecorated in the XVI and XVII century with building materials that were initially installed elsewhere. In fact, in Rome you never know, whether a decoration you see was made initially for the location you admire, or it decorated some other building in the past.

The hall does not have only a Roman imperial look. It also hosts eighteen alabaster busts of the twelve Roman caesars, sculptured in the XVII century and placed there at the beginning of the XIX century. Hence its name – the Emperors’ Room. 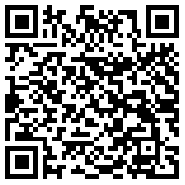