Warsaw,  since the late XVI century the capital of Poland belongs to the top 10 metropolitan areas in Europe. Unlike most historic cities in Europe, Warsaw was almost entirely destroyed (around eighty-five percent of the town) during World War II >>>. Most of the historical city we can admire today had to be literally reconstructed from scratch. The reconstruction was limited only to the oldest city areas. Much of the buildings were not reconstructed at all.

The Warsaw historical city consists of the Old Town and the New Town as well as the Royal Route. The New Town is parts of the historical town that are located beyond the Barbakan (the gate in the defensive wall) opposite the Royal Route. In the photo below, you can see the panorama of both cities. The whole area is relatively small as you can imagine comparing it with the national stadium that may be seen at the other bank of the Vistula river.

The panorama of the Warsaw Old Town and the New Town. The two highest buildings in front are the Warsaw cathedral and the tower of the royal castle. Like all buildings in this area, they had to be reconstructed from scratch after the WWII struggles. The Warsaw cathedral is a relatively simple building, so do not plan much time for sightseeing inside. The royal castle is however worthwhile, as the last king of Poland was a real art lover >>>.

The royal castle square (not to be confused with the main old town square) viewed from the opposite directions. Its central point is the Sigismund column. Sigismund III Vasa was the king of the Commonwealth and the Crown of the Kingdom of Poland, who moved the capital city from Cracow (>>>) to Warsaw.

In the middle of the square, you will find the Warsaw Siren. She is the city symbol that can be found on the Warsaw coat of arms, as well.

In Summer the majority of the main square is rented by restaurants located in the surrounding buildings. The restaurants offer a variety of meals. As Polish cuisine comprises some flag dishes, naturally all of them are provided in the area. The customers are both tourists and locals. Basically, if you want to eat Polish typically, the historical city is the place. In winter a skating rink is built in its center.

Below some other photo impressions. Although it may seem so, I did not use much enhancing on them. The shots were done shortly before it started to thunder and quite heavy rain. 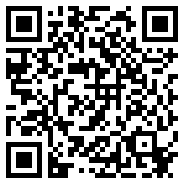